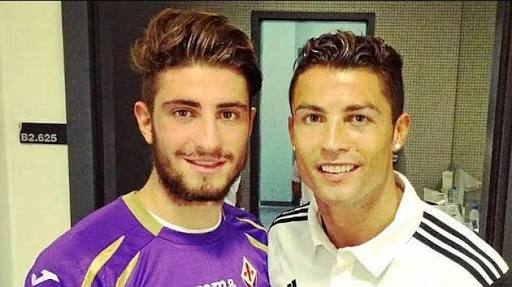 Share this on WhatsApp
While at Madrid and Betis respectively Cristiano Ronaldo and Piccini had the opportunity of being friends. Now they get to meet in Italy again.
Piccini says Ronaldo is his idol
Atalanta are set to sign Cristiano Piccini from Valencia. Total agreement reached and medicals already scheduled. He’s gonna be the new right back for Gasperini.
Cristiano Piccini, the Italian footballer, now officially plays for Italian club Atalanta, on loan from Valencia, and the Italy national team as a right back.
Piccini returned to La Liga, signing for Valencia for a fee of around €10 million in 2018. In his debut season, he made 37 appearances, mostly as a starter, and is remembered for scoring a last-minute winner in a 2–1 home win over SD Huesca on 23 December.
On 9 September 2020, Piccini joined Italian Serie A club Atalanta on loan with an option to buy.
Share this on WhatsApp