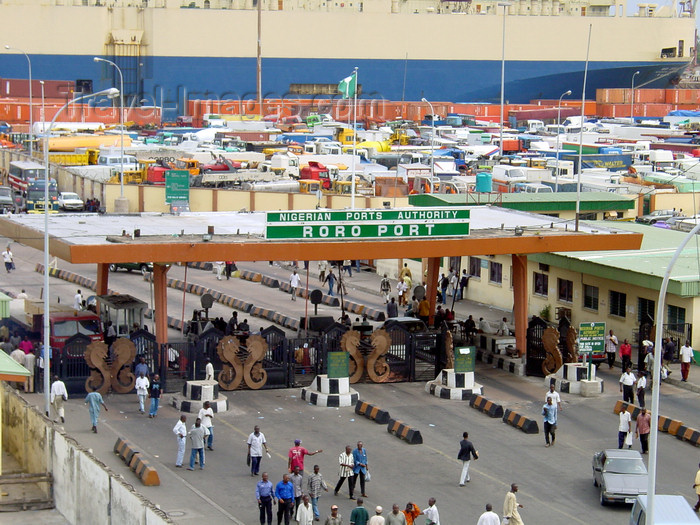 THE decision by the Nigerian Port Authority not to vacate the Kirikiri Lighter Terminal phase 2 designated as consolidated fishing terminal by the Federal Government is costing Nigeria billions of dollars in revenue, National Daily investigation has shown.

It was gathered that the decision by the Management of NPA to stop the terminal from being used as a fishing terminal has turned the place to haven of marauders and ghost ships particularly of foreign origin who in addition to aiding piracy also deplete our fishing resources via illegal poaching.

The idea which was conceptualized during the port concession period by ex-President Olusegun Obasanjo was intended to make Nigeria a fishing hub in Africa. But the authority had refused to vacate the place to allowed it to be used as a consolidated fishing terminal as directed by the ex-President in 2007.

NPA which concessioned the Lagos Port, Tin Can Island Port still held on to Kirikiri Lighter Terminal, Phase 2 after it had been directed to hand it over to fishing companies.
Fishing which used to be the second largest Nigeria revenue earner after oil had been allowed to die by the disobedience of NPA management to the directive of the Federal Government.

A visit to the KLT, phase two by our correspondent showed a dilapidated and deserted terminal instead of a bolstering terminal stacked with empty Containers.

The terminal which was supposed to be a fishing hub in West Africa was filled with rubbles of dilapidated, distressed buildings that were occupied by few companies who struggle to break even due to NPA disobedience to superior directive.

She expressed disappointment that the sector which was once ranked second among non-oil export foreign exchange earners for the country is now nowhere on the scale because of selfish activities of Nigeria leaders.

Orakwusi lamented that the sector has been on a downward spiral because of the activities of sea pirates. “A couple of years ago, we had about 38 companies involved in deep sea fishing. Right now, we are less than 9. Nigeria had over 200 trawlers that was our fleet, right now; we don’t have up to a 100. And we used to rank number two in the non-oil export foreign exchange earners for the country. I don’t even bother to ask for the statistics now. It is a business that has been left to die.”

She stated that the sector has lost already lots of investments, vessels and seamen, noting that investors are now closing shop in Nigeria because the environment was no longer friendly.

Orakwusi said Nigeria’s loss is gain for other African countries because what investors did was just simply to relocate their investments and operations to other countries, warning of the enormous economic loss this trend portends and called on government to exert itself on rebuilding the sector.

NIMASA in talks with UN, Interpol over abducted crew