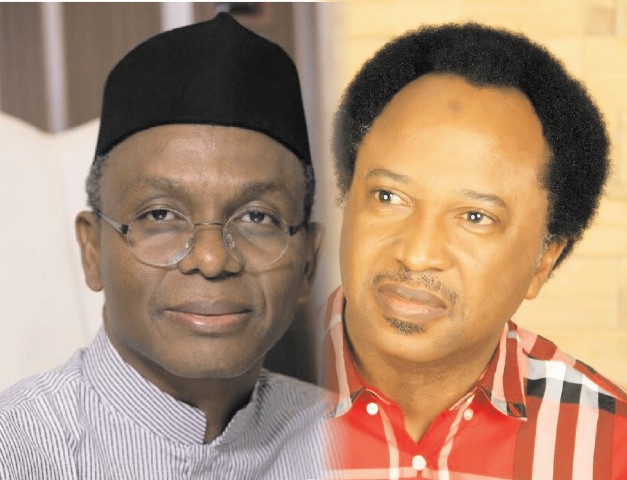 SQUARED with each other, Senator Sheu Sani and Governor NasirEl- Rufai compare well on many points: aside from their pint-size, both men are hard-core Muslims and mouthy members of the ruling APC. They were also bitter critics of former President Goodluck Jonathan, of the Peoples Democratic Party (PDP) and all the bone dry politicians that wouldn’t let enfantsterribles like the duo take over Nigeria’s politics.

But something marks them apart. Almost eternally. And that’s ambition, which is made of sterner stuff.

Since Sani conceded to El-Rufai the Kaduna State governorship seatwhich, after all, may not be comfy for whoever is there now that Nigeria’s economy is in a tailspin, the drive for 2019 has inflamed the two.

Sani is a guy that wears his heart on his sleeve. So he has no scruples telling anyone who cares, how el-Rufai supplanted him in the state’s governorship primary. And he has promised to battle the accidental civil servant till 2019.

The Senator’s art of war is way different from the Samurai’s. You can finger El-Rufai, an elitist governor, by Sani’s accountfor that.

But with Kaduna State APC kicking him out the door, Sani can only get more bitterand farther away from the party.

Indeed, the rookie senator might have fallen back to his old way: full-time heckling. That will be at the expense of thejob -law-making, that he gets sackful of naira to do in Abuja. But, he seems convinced that backsliding is actually necessary for him to tackle and topple El-Rufai come 2019.

Watching the governor respondto Sani’s low blows, you can tell he is already punch-drunk. His defence against the barrages of his rival’s nitpicking also doesn’t pack a punch anymore.

And the reason for El-Rufai’s slow response is discernible. He is distracted; having too many irons in the fire.

Yet, many believe that the diminutive Governor needs to respond.Even the response is a little more than a feeble cat’s bounce. Because his 2019 ambition depends on it.

After all, like every Nigerian politician, El-Rufai will also be scheming to either sit tight in the government house or take a stab at Aso Rock after four years.

Surely, at the end of their ego trip, Sani and El-Rufaiwill collide in a bitter clash. And the legions of beggars and the lowest of the low in Kaduna State will suffer the ravages of the twoembittered gladiators.

Okorocha’s score card and scramble for 2019 in Imo