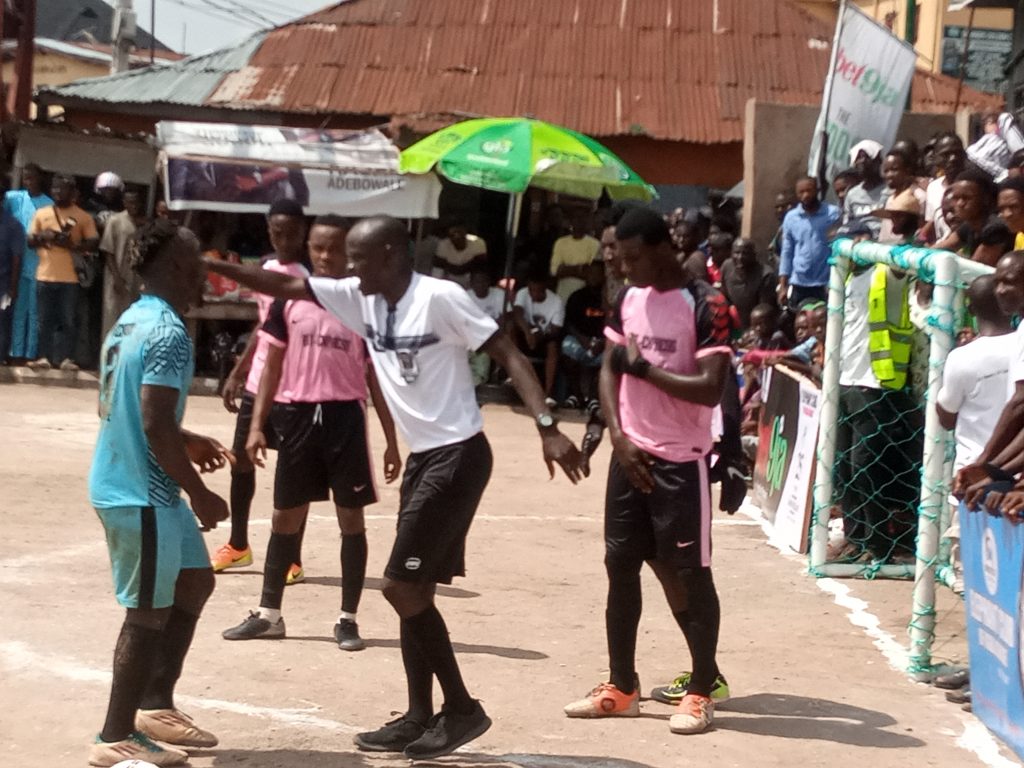 The Lagos State Commissioner for Youth and Social Development, Mr Olusegun Dawudu, has lauded the Elephant Club of Agege for its over 20 years of social impact in football competition in Agege community.

Dawudu gave the commendation at the opening matches of the 2022 edition of the annual Elephant Cup Competition at the Ashade Ogba Palace in Agege.

The commissioner, who was represented by Mr Damilare Orimoloye, a Member of Lagos State Sport Commission Governing Board, said the club had given back to the society through various initiatives in over two years of existence.

“Our Governor Babajide Sanwo-Olu is trying to make the state the sports hub of Africa.

“We are using sports to unite the youth, showcase talents, peace and progress in various communities.

“We thank the organiser, the Elephant Club of Agege, for this initiatives of 25 years in this community.

“Though the football competition is not up to that, we can see the progress, the quality and the maturity among the players, teams and the fans,” he said.

Mr Akin Oshungboye, the Acting Chairman of Lagos State House of Assembly Service Commission, in his remarks, said that youths could now pick football as a career as it was now seen as a profession.

“This tournament especially in this community has enhanced trades.

“When the game is ongoing, you will see traders who make some sales during the matches,” he said.

Mr Felix Ajanaku, the Chairman of Football Committee, Elephant Club of Agege, said that the social club would continue to sustain the youth soccer and talent discovery initiatives.

Ajanaku said that the club, in commemorating its 25th year anniversary, would give scholarships and supports to vulnerable students and pupils in the community.

According to him, players in the ongoing tournament will get an opportunity to go on trials to professional clubs while winners of the competition will get mouth-watering rewards.

The News Agency of Nigeria reports that 12 teams are participating in the 5-Aside football tourney at Ashade Palace in Agege as defending champion BIT FC had 2-2 draw with SKINRARA FC.

UNIQUE FC defeated ARYA ATOBAJE FC with 5-0 while OLOKE FC slogged it out with HASSEMBLY FC with 2-2 draw.

Share this on WhatsApp
Related Topics:Agege Elephant Cup 2022grassroots footballLASGsocial impact
Up Next