Share this on WhatsApp
Spread the love
Ethiopian giants have completed the acquisition of  Alex Orotomal from Kenyan Premier Side Afc Leopards,National Daily learnt.
Just hours after having roped in Harambee Stars custodian Patrick Matasi ,Georges have once more successfully sealed Alex Orotomal’s move from yet another Kenyan Premier League side Afc Leopards.
The deal is believed to have been signed after the two parties agreed on a fee in the reign of 1.5M with the contract set to run out for the next two seasons.
The tall lanky Nigerian forward joins Georges barely six months having  joined Leopards from Rwandan side Sunrise Football Club. He will be tasked to lead Georges front line with the task being to get the goals.
The forward is believed to have been training with the side prior to the move in which he was only waiting to put pen to paper upon the two sides reaching an agreement.
Share this on WhatsApp 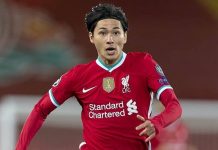 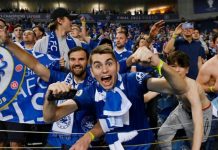