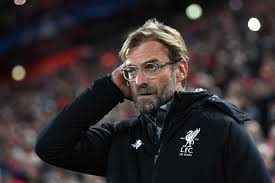 Liverpool manager Jurgen Klopp says he always knew Sadio Mane was world class, but believes the Reds forward has gone up a level after realising it too.

Mane has scored 40 goals in 89 games for Liverpool since moving from Southampton for £34m in the summer of 2016.

There have been periods of inconsistency, but Klopp says the Senegal international has learnt from those and, by doing so, convinced himself of his own ability.

“He is an outstanding player, I never had any other opinion,” said Klopp.

“He needed more confidence when he came in, the start was really good but I think he was a bit surprised by himself.

“Everything was good until the first time his shape dropped a little bit and then he struggled a bit with that, because he needed to get used to [the fact] that he is a world-class player.

“Now, he knows that much better. That helps us. He is a really good player.

“Since he came in he helped the team so much, he improved so much. He is an outstanding offensive player.

“He can probably play a slightly deeper position as well – we don’t have to play him there because we have other players there – but he could play it as well.

Mane is currently on international duty as Senegal prepare to take on Equatorial Guinea in an Africa Cup of Nations qualifier on Saturday.

Messi: Rooney, one of the all- time special players