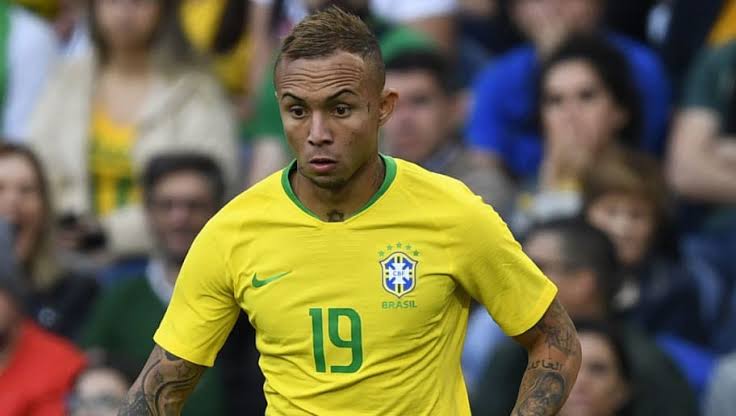 Share this on WhatsApp
Spread the love
Arsenal are close to signing 23-year-old winger Everton from Gremio, Sky Sport in Germany reports. The Brazil international has scored 38 times in 150 appearances for Gremio and is ready for a switch to Europe, with the Gunners paying around €40 million (£36m/$45m) to land the attacker.
In other news, Real Madrid refuse to sell James to Atletico. James Rodriguez’s move to Atletico Madrid is in jeopardy because Real Madrid are refusing to sell him to their rivals. AS reports that the Spanish giants are reluctant to let another player move to the Rojiblancos this summer, after seeing Marcos Llorente make the switch earlier in the transfer window. President Florentino Perez has decided to shut down a possible deal, meaning the Colombia international could end up at Napoli after all.
Share this on WhatsApp
Related Topics:Arsenal FCEvertonGremio FC
Up Next