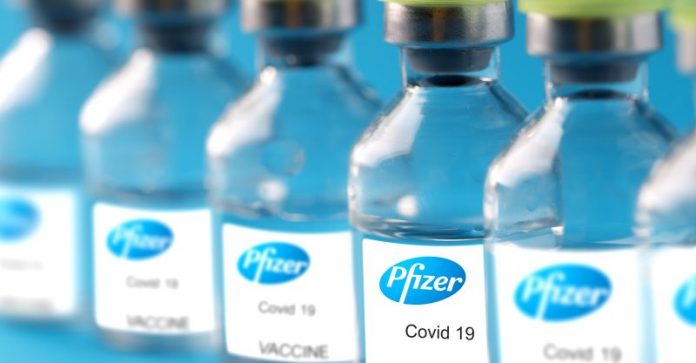 Share this on WhatsApp
Citing the Abdullahi vs Pfizer, Inc. case, Pharmacist and Blogger, Kemi Oluloyo makes her decision not to allow any one inject her with any Covid-19 vaccine.
She also took time to warn the Federal Government not to do business with Pfizer based on that case.
According to her, history records that Pfizer company at a time used some people in the north as testing guinea pigs, and many Hausa Nigerians were damaged by it.
Wikipedia documents it that the Kano trovafloxacin trial litigation arose out of a clinical trial conducted by the pharmaceutical company Pfizer in 1996 in Kano, Nigeria, during an epidemic of meningococcal meningitis.
To test its new antibiotic, trovafloxacin (Trovan), Pfizer gave 100 children trovafloxacin, while another 100 received the gold-standard anti-meningitis treatment, ceftriaxone, a cephalosporin antibiotic.
Pfizer gave the children a substantially reduced dose of the ceftriaxone (specifically, 33mg/kg) relative to that described on the US FDA-approved prescribing information.
The allegation is that this was done to skew the test in favor of its own drug. Pfizer claimed that the dose used was sufficient even though a clinical trial performed by Médecins Sans Frontières recommends a dose of 50-100mg/kg.
Five children given trovafloxacin died, as did six of those given ceftriaxone. The lead investigator, Abdulhamid Isa Dutse, later provided a letter of approval for human trials that was found to be falsified.
The Nigerian government called the trial “an illegal trial of an unregistered drug”. It has been alleged that participants and their families were not told that they were part of a trial, and that Médecins Sans Frontières was offering the standard treatment in another part of the same building.
Pfizer acknowledged reducing the dose of the standard treatment, but said this was done to minimize injection-site pain and that the mortality rates in both the trovafloxin and ceftriaxone arms of its trial were lower than among those treated with chloramphenicol by Médecins Sans Frontières.
The survivors of the trial tried to bring a number of legal actions against Pfizer in the United States. These resulted in four judicial opinions, the first three dismissing the claims on procedural grounds.
According to Ben Goldacre, Pfizer argued that it was not required to obtain informed consent for experimental drug trials in Africa, and that any case should be heard in Nigeria.
In May 2006 Representative Tom Lantos of California, the senior Democrat on the House International Relations Committee, described the findings of a report compiled about the case by the Nigerian government as “absolutely appalling” and called for Pfizer to open its records.
In January 2009 the United States Court of Appeals for the Second Circuit ruled that the Nigerian victims and their families were entitled to bring suit against Pfizer in the United States under the Alien Tort Statute. Pfizer subsequently settled the case out of court with a $75 million settlement that was subject to a confidentiality clause.
Overall, the 1996 meningitis epidemic in northern Nigeria killed about 12,000 people, during the worst known meningitis outbreak in Sub-Saharan Africa.
Share this on WhatsApp