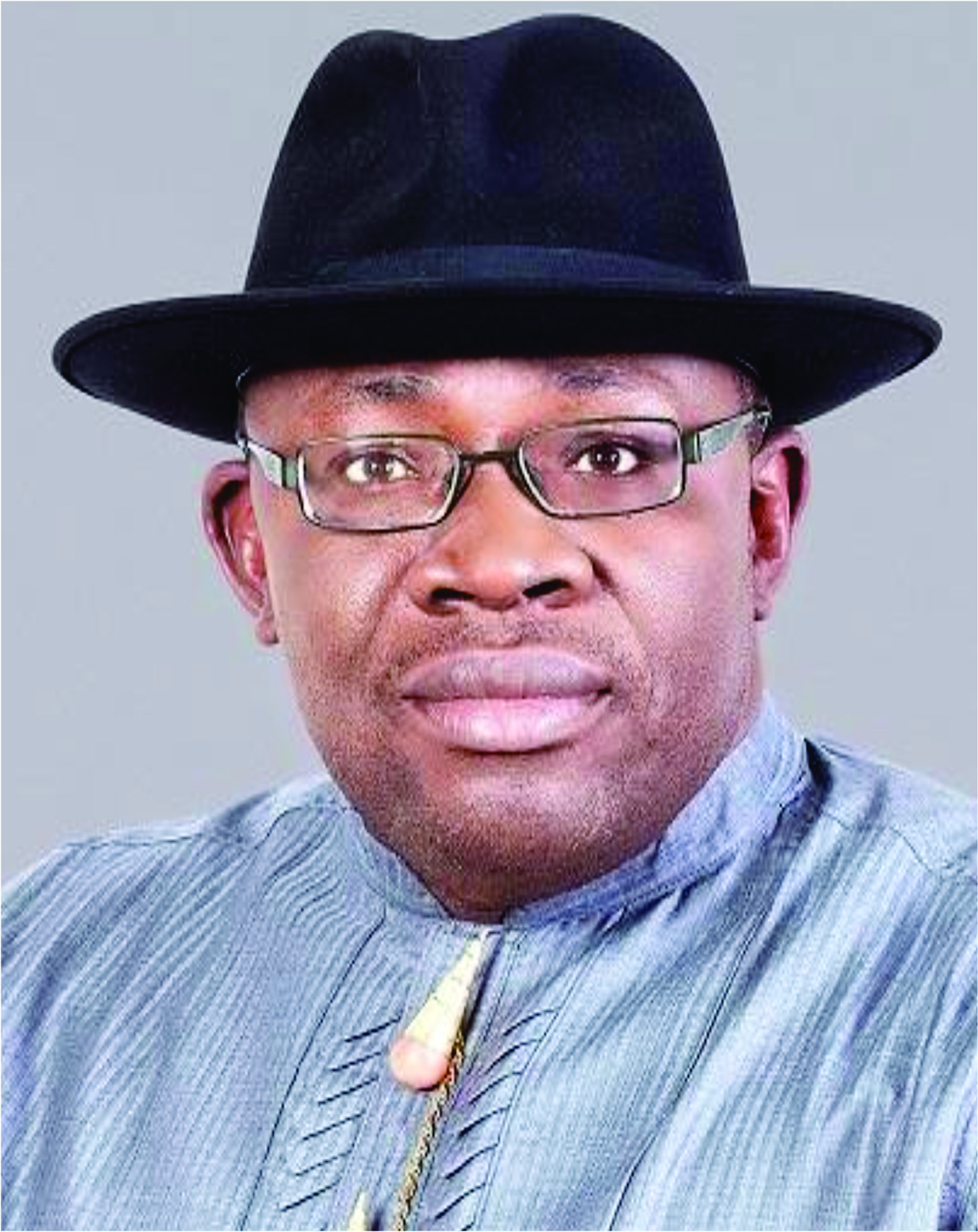 Gov Henry Seriake Dickson is the incumbent governor of Bayelsa state and the governorship candidate of the Peoples Democratic Party, PDP in the Dec. 5th governorship election in the state. In this interview with the media on the forthcoming governorship election, Dickson re-affirmed   his commitments towards the overall development of the state after his victory at the polls. He took a swipe at the former governor Timipre Sylva who is the governorship candidate of the All Progressives Congress, APC on how many “monkey bridges”  he built during his tenure as governor. Excerpts:

QUESTION: What informed your decision to embark on a community -to- community campaign? With what you have seen so far how much of democracy’s dividends would you say has really flowed down to the people at the grassroots especially in Brass and Southern Ijaw Local Government Areas?

Question: When re-elected into office, what are those things you would do which could not be accomplished in your first term?

Governor Dickson: By the grace of God and by the support of the people, we have started a lot of mega life changing projects. I came in here to make maximum impact within the available resources and time. Unfortunately our finances dropped precipitously. Last month we got N4.2b and after paying Sylvas bond which we will keep paying every month till 2017 we manage to pay salaries, pensions. We cannot even pay allowances of people working with us, and we are not alone, all states and even federal Government are affected. Therefore the second term is to be dedicated to completion of most of these life changing projects that are almost at completion stage because every project has a gestation period. People like to see magic because of the energy we started with and because we had resources we were putting everything in and now people think I am distracted. I am not, it is a question of finances. Look at the airport, and ask Sylva why did he not do the airport. He played politics with everything, cleared a site and put a signboard before the first block was laid and got an ailing president to come and commission it!
Since I took over I have not fought Sylva, I just drew a line below his abysmal record and did things differently. I am the one who has security background. In our younger days I started as a police man and probably He was a subject of interest to the police even at that time so our background is clear. We know how to fight but in the interest of peace I do not believe in using government powers to bring people down. Politics is about using the power God gives us through the people to build and change lives .But for God’s sake if you cannot help a man, leave him alone do not go and shoot him and his children. I know what happened to the airport, not to talk of the Nembe- Brass road that so much money went into. You all know me and that is the difference between me and him. If you drive to Amassoma road now you will see the Airport. I have awarded the contract for the installation of the navigational instrument. FAAN has come to do the certification. In the next couple of months we will be landing there.
I thought they said the flyover was built by the Federal Government but now they are not saying that anymore. Ask Sylva why he did not build a structure like that. He calls it monkey bridge. How many monkey bridges did he build? He could not dualize the Azikoro road that we finished and that is the road they are using, going about wielding brooms. There is the dualization of Isaac Boro road. Such big projects have a time line. So if there is a shortfall within that period, the completion time elongates naturally.
If you ask me about projects I will focus on, we need to complete these projects. Look at Igbogene bypass, That road is 35-36 kilometres. We have already done the bulk of the job. When you owe a contractor because of what happened, contractors will leave and it is all over the country even with federal government jobs. So by the grace of God after the elections God willing, these are the things to complete. We will start certain things but they will be minimal because we want to finish all these ones because they are almost 80% completed. Look at the Igbogene bride that they ply on, ask Sylva why he allowed those 1950 bridges to be there until I came in. The bulk of that work is already done leaving just the sand filling of the second lane, so in 3-4 months that work is finished. That is how to work for a people. We did not do that just to get praises. Nobody in APC can close their eyes and say we have not made any difference because we have made a fundamental impact. Look at the Transparency Building he started, but did not complete it. I have spent more money on those buildings than he did.. We are going to complete these life changing projects and then the schools, because that is where the real future of our state is. By the time I finish this boarding policy, they will be the best. We must also do the fencing of those compounds and the teachers will be re-trained as the teachers training institute is set.
You can imagine where Bayelsa will be with Governor Dickson in the next 2 years with these projects finished. That is what Sylva cannot do because he does not have the discipline to manage lean resources. He does not have the vision and the passion and commitment. This job is not for ‘guy men’ but for a country man who knows the people, shares their problems and works for them. If you like him because he fought his brother and you want to reward him like Judas got 30 pieces of silver, no problem. If he is not good enough to be President Buhari’s minister, then our message which we must send outon the 5th of December to President Buhari and all the people in INEC and military is that we Bayelsans say he is not good enough to be our governor.

Question: What do you think will be the effect of the peace accord you signed with the other parties?

Governor Dickson: I signed because that was the right thing to do. My campaign is about peace, development and prosperity. You hear me ask people to accord Sylva the respect that is due him. I am not a man of violence unlike those who are merchants of violence and cultism. I believe that a political leader and anyone aspiring to lead people must show example and our society can only develop when you have peace. We have been able to achieve so much because of the prevailing peace and we want it to get better. That is why our PDP campaign is not about promises of what we will do. I hear my good friend went to Lagos to unfold a four point agenda, he did not even have the courtesy of unfolding it to Bayelsa