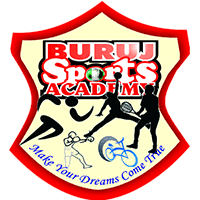 Buruj Sports Academy management have discovered a new mid-fielder who will fortify the team against the next outings , a sixteen years  old Adetoyi Ebenezer Adefioye is creative and resourceful,also found with innate qualities who is capable of representing Nigeria at the National level,according to the CEO of the Academy ,Dr.Salaudeen Waheed revealed.

Adefioye who is a left footer dazzle the hearts of spectators and the technical crews of the team during the training session held at the academy’s training ground.

He also possess good team spirit, his teammates enjoyed playing with him and sounds like they been doing this for quite a while. He made fabulous and accurate passes, he does not hang on ball, he also knows what to do with the ball and amongst all he listens to instruction and is ready to learn. Adefioye said ” I met what I expected and envisaged, I love my teammates.

My sole aim of coming to this Academy is to aid in the showcase of my skills and upgrade my profile to suite international standard, I know Buruj Sports Academy is a place where I can actualise my dream of playing football professionally. I promise to abide by the stated norms, football templates and lift up the good image of the team. I also promise to abstain from what may hinder my progress as I move further.

Adefioye told National Daily that his favourite team and player he said “I’m an Arsenal Fan, and my Role model is Christiano Ronaldo but I also look up to Lionel Messi. My unreserved appreciation goes to my Dad for his unflinching support morally, financially .

Adefioye added that he pray for  the CEO of the Academy Dr. Salaudeen Waheed Buruj sounds a piece of advise to the young blad to be disciplined, focused, diligent and be a goal getter.

He concluded that Dr Waheed laid emphasis shaping good behaviour which goes a long way in every choosen career. There is still more chances for interested players to join the academy as we are still on the verge of our selection process thereby accepting more players.