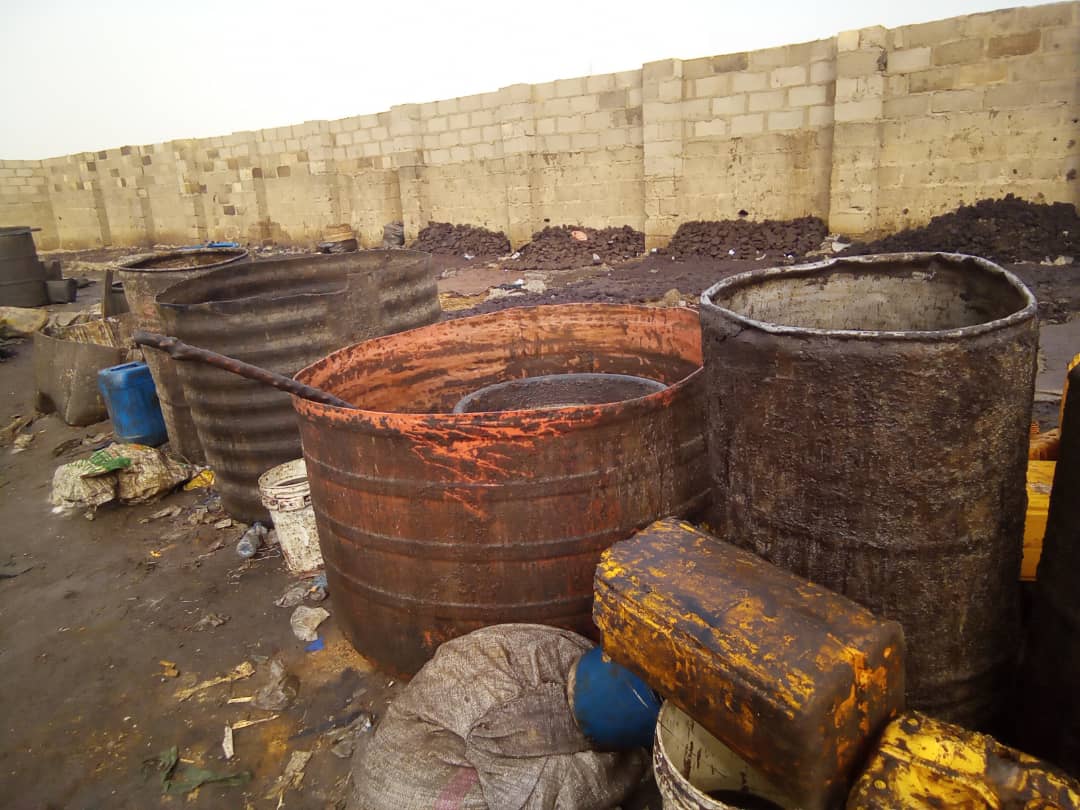 The Kano State Consumer Protection Council (KSCPC) says it has uncovered a place where adulterated cooking oil is being produced.

The discovery of the illicit activity was part of the commission’s efforts to protect the people from using unwholesome, fake and adulterated products.

The Managing Director of the Council, Rtd Gen. Idris Bello-Danbazau, made the disclosure in a statement issued to newsmen by the Council’s spokesman, Mr Musbahu Yakasai, in Kano on Wednesday.

Bello-Danbazau, represented by the Senior Special Assistant to the Governor on Quality Assurance, Hon. Sale Muhammad, led a team of inspection to the place at Dakata Rinji, Nasarawa Local Government, in Kano metropolis.

According to him, the said cooking oil refining is near a huge refuse collection center.

He explained that the place was unhygienic and dangerous to the health of the people.

“KSCPC is not meant to down grade or destabilise someone’s business, but to make some corrections.

” This will improve their trades and for the consumers to buy standard products,” the MD, said.

Also speaking, the Director, Quality Assurance of the council,Dr Tijjani Jafaru, noted that the council received an information on Wednesday about the place where a team of instructors immediately visited the area.

He called on the people of the state to continue supporting KSCPC to achieve its set objectives.