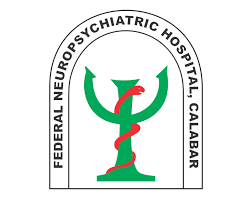 The management of the Neuro Psychiatric Hospital in Calabar has performed the ground breaking ceremony for the building of their permanent structure along Tinapa road in Calabar Municipality.

The groundbreaking ceremony was done by the Acting Board Chairman of the hospital, Mr Kunle Dada, on Wednesday in Calabar.

Speaking, Dr Bassey Edet, Medical Director, Neuro Psychiatric Hospital, Calabar, said that the allocation of the land was granted to the hospital management in 2000 by the former governor of the state, Mr Donald Duke.

Edet said that the current facility hosting the hospital in Calabar South was no longer large enough to accommodate new buildings and office spaces.

According to him, the site allocated to the hospital was 20.023 hectares of land.

He decried that during the #EndSars protest in 2020, some hoodlums who hijacked the protest in Calabar stormed the hospital, destroyed facilities and carted away valuables worth millions of Naira.

“The hospital is going to contain an Intensive Care Unit, an isolation ward, community clinic for male, female and children and several beds.

“We want to make sure that we provide a broader reach for mental health coverage and make it more accessible by all,” he said.

He pleaded with youths of the host community, Ikpai Omin Qua Community, to support the project and also protect it from vandals.

Dr Joseph Okegbe, the immediate past Medical Director of the hospital, said that the hospital in Calabar was established in 1903, adding that it is the oldest mental health hospital in Nigeria.

“Since its establishment, the hospital has remained in same location and this has naturally limited its ability to provide infrastructural development.

“This state of affairs had remained a source of concern to past management of the hospital until in 2000 when a direct approach was made to the Cross River Government for allocation of sizeable land as permanent site.

He explained that in 2007, the land was revoked by former Governor Liyel Imoke for failure of the hospital to erect a building seven years after the allocation.

Also, Okegbe said that the state government gave a second reason that “locating the hospital at the site would constitute a nuisance to the Tinapa resort”.

He noted that in 2011, the state government rescinded its revocation order and revalidated the interest of the hospital in the land and re-conveyed the land to the hospital accordingly.

Paramount Ruler of Calabar South, Prof. Itam Hogan, commended the management of the hospital for finally performing the ground breaking of the hospital with a view to commence the building process.

Hogan called on the youths and members of the host community to support the contractors and the management of the hospital to ensure a smooth and hitch-free building of the facility.

Mr Ken Bassey, Chairman of Joint Health Sector Unions in the hospital, said that the groundbreaking ceremony has served as a morale booster to staff of the hospital.

Share this on WhatsApp
Related Topics:Calabarground breakingPsychiatric hospital
Up Next