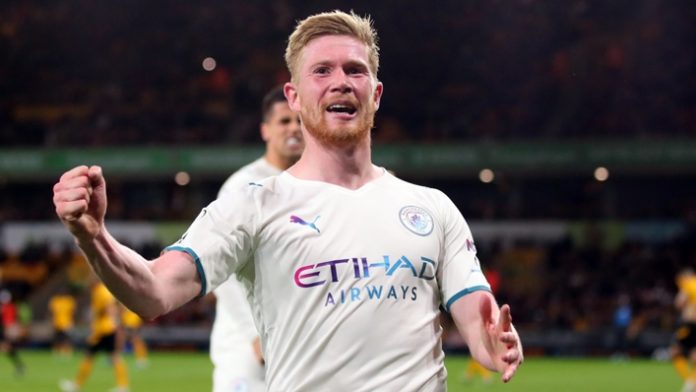 Kevin De Bruyne recorded an astonishing four-goal haul as Manchester City restored their three-point lead at the Premier League summit with a 5-1 win over Wolves.

In Ruben Dias, John Stones, and Kyle Walker, Pep Guardiola’s team were missing several key defenders as they looked to respond to Liverpool’s 2-1 win over Aston Villa on Tuesday, but recorded a routine victory courtesy of a talismanic showing from De Bruyne.

The Belgian’s hat-trick, sealed with a stunning left-footed strike from long range, put City in charge after Leander Dendoncker briefly restored parity in an absorbing first half.

De Bruyne grabbed a fourth to make the points safe before Raheem Sterling rounded off the scoring late on, as City took another huge step towards defending their title.

Guardiola’s men needed just seven minutes to hit the front, with De Bruyne playing a brilliant one-two with Bernardo Silva before drilling a low effort into the bottom-right corner.

Wolves responded within four minutes when Dendoncker converted Pedro Neto’s cut-back following a devastating counter-attack, but the visitors were back in front after 16 minutes when De Bruyne latched onto a loose ball to fire into the roof of the net.

The midfielder secured his treble nine minutes later as he arrowed a terrific strike into the bottom-left corner after 24 minutes.

The visitors were denied a fourth as Sterling was flagged offside having tucked home two minutes after the restart, but ended the contest when De Bruyne steered in after Rayan Ait Nouri’s weak clearance after 60 minutes.

De Bruyne teed up Phil Foden to side-foot against the post before Sterling wrapped up another dominant City win by tapping home a late fifth, with De Bruyne then striking the woodwork himself at the end of a terrific performance. 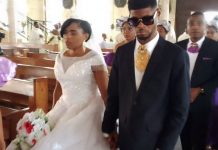