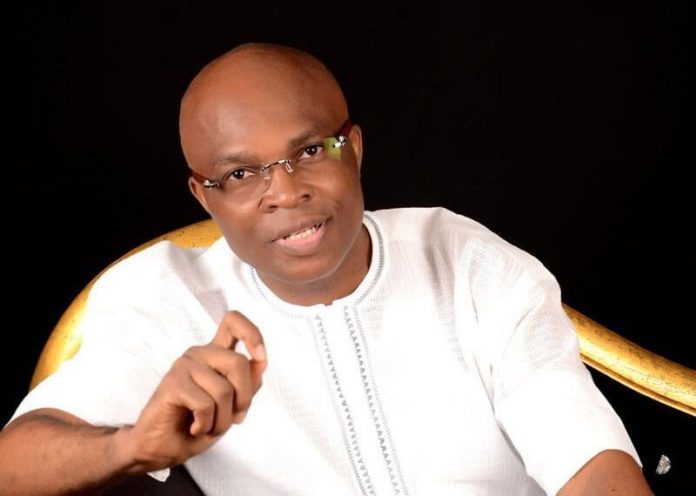 A chieftain of the Peoples Democratic Party (PDP) and former governorship aspirant in Edo State, Ken Imasuangbon, has said the October 19 governorship election in the state will be a referendum on Comrade Adams Oshiomhole’s years of failed influence in Edo politics.

Imasuangbon, who spoke to journalists in Benin City, said Oshiomhole who was a former governor of the state, and his party’s candidate, Pastor Osagie Ize-Iyamu are fighting a lost battle.

He said, “Oshiomhole is gone; his era has ended. Governor Godwin Obaseki will win with landslide victory; believe me, the governor will win. There is no basis for any right-thinking person to be talking about APC now in Edo.

“Oshiomhole didn’t allow Obaseki to work; he distracted the governor and put a spanner in his works. But thank God for democracy; it is time now for the people to speak. That is why I stepped down for Obaseki,” he said.

The election is going to be a referendum to reject Oshiomhole and reject APC”. Imasuangbon stated that Governor Obaseki was committed to ensuring that a person from his senatorial district, Edo Central, is supported to become the next governor of the state.

He said: “The point is that in 2024, my senatorial district will be supported to produce the next governor. We were able to negotiate that. Since 1999, no Esan man has been governor of Edo State. I may not be wrong to say we are the only senatorial district that has not produced governors in Edo State. So, I told him to make a serious commitment to say that Esan would be supported to produce his successor.

The former gubernatorial aspirant expressed confidence that Obaseki will be reelected, noting that Edo people have decided to choose the governor over the APC gubernatorial candidate, Ize-Iyamu.

Imasuangbon said: “This election would be a minus for him (Ize-Iyamu); he has to wait. He is my friend, I acknowledge his strength, but the general view of Edo people is that Obaseki has done well. They are tired of the past. Between Ize-Iyamu and Obaseki, the electorate will prefer to put their bet on Obaseki going forward. And it is a good decision.”