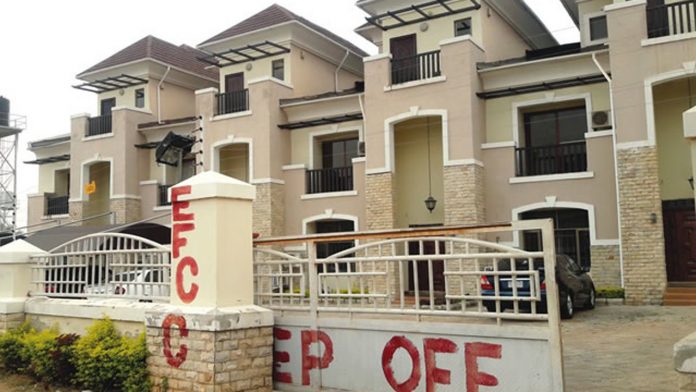 In the report compiled by the anti-graft agency and made available to National Daily,

Former governors, ex-ministers, top military officers and businessmen are among owners of the properties seized by the Economic and Financial Crimes Commission (EFCC).

Madueke lost a multi-storey building in Banana Island Foreshore estate in Ikoyi, a real estate comprising six flats in Ikoyi and an estate of 21 mixed housing in Yaba, Lagos, among others.

The anti-graft agency also secured the final seizure of Flat 7B at Osborne Towers in Ikoyi where $43.45 million cash was recovered.

According to Ibrahim Magu, EFCC chairman, about 407 mansions were seized by the agency from 2015 to 2018.

Magu said the forfeited assets have been handed over to the federal government for use by ministries, departments and agencies.

“Hundreds of properties such as filling stations, petroleum products, land, jewellery, automobiles, real estate, vessels, hospitals, company shares and heavy machinery and broadcast equipment, have been seized from corrupt elements between 2015 and 2018,” he said.