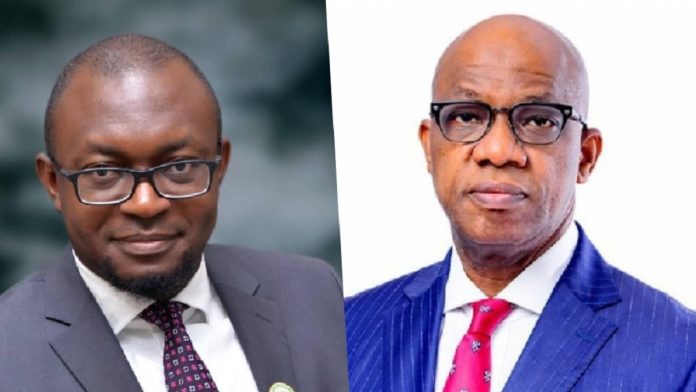 Following reports alleging reasons why the Ogun State Attorney- General and Commissioner for Justice, Akingbolahan Adeniran resigned his position, the man at the centre of the controversy stated he resigned for personal reasons and not due to “massive corruption” in the government as speculated in some reports.

In a statement issued on Monday, Adeniran faulted reports claiming he resigned from his post due to corruption in the Ogun State Government.

“While it is true that on 8 November 2021, I formally notified His Excellency, Prince Dapo Abiodun, MFR, the Governor of the State, of my decision to resign from the cabinet, I must state that contrary to the online news publications, my reasons for resigning are purely personal,” he said.

“I am not aware of any ‘massive corruption’ in the administration.”

He said during his time in the cabinet, the present administration was able to reach some milestones such as the improvement of access to justice for the people of the state via the Ogun Public Interest Law Partnership which matches indigent clients with pro bono lawyers.

According to him, the rights of the citizens were more protected during his stint, as he thanked the governor for the opportunity to serve in the cabinet.

“I have thoroughly enjoyed working with such an amazing group of administrators, technocrats, and experts in various fields of endeavour,” he further stated.

“I have learnt a lot from you all and pray that God will continue to use you to improve the lives of the good people of Ogun State.”