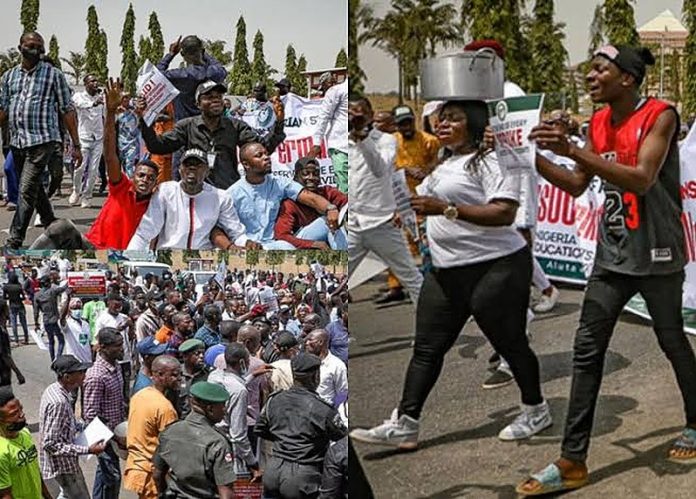 Students of the Federal University of Technology, Akure (FUTA), Ondo State, on Monday barricaded the Akure-Ilesa Highway, protesting the prolonged strike by the Academic Staff Union of Universities (ASUU).

The action of the students forced many motorists and travellers to be stranded.

The protesters blocked the highway at the main entrance of the Institution, chanting different solidarity songs and displaying placards with various inscriptions such as: “End ASUU Strike”, “Save our future”, “Stop Toying with our Future.” 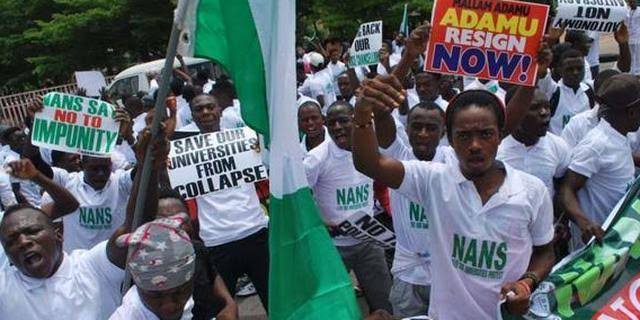 Speaking with newsmen, Mr Abiodun Ibiyemi, the President of the Students’ Union Government (SUG) of the university, said:”we can no longer bear the brunt of the feud between ASUU and the Federal Government.

”We call for well-established resolution for the benefit of the students.

”Our future is being challenged by constant and lingering strike”,

The News Agency of Nigeria reports that the President of the National Association of Nigerian Students, Sunday Asefon, on May 10 condemned the strike extension and declared a nationwide protest.

Asefon made this known following the ASUU’s announcement that it has extended its strike for 12 more weeks.

”Having exhausted all windows of constructive engagement with the government. I, on behalf of the national leadership of NANS, therefore, declare National Action from May 10.

”The national action tagged “Operation Test Run” shall be held in all the 36 states of the federation. Federal roads across the 36 states shall be occupied for a minimum of three hours.

The National President of ASUU, Professor Emmanuel Osodeke, said the decision was taken after the union’s National Executive Committee meeting.

Osodeke said since the last meeting the union had with the Federal Government in December 2021, it had not received any formal invitation from government.

ASUU extended the action by another two months to afford the government more time to address all of its demands.

ASUU also accused the government of displaying an indifferent attitude toward its demands.

Osodeke, in a statement to announce the extension of the rollover strike, noted that the national executive council of the union “was disappointed that Government did not treat the matters involved with utmost urgency they deserved during the four-week period as expected of a reasonable, responsive, and well-meaning administration”.

He said NEC concluded that the government had failed to satisfactorily address all the issues raised in the 2020 FGN/ASUU Memorandum of Action (MoA) within the four-week roll-over strike period and resolved that the strike be rolled over for another eight weeks.

The statement read in part: “The meeting was called to review developments since the Union declared a four weeks total and comprehensive roll-over strike action at the end of its NEC meeting at the University of Lagos, Akoka, Lagos on Feb. 12 to Feb. 13.

sodeke said the strike continues over the government’s failure to “satisfactorily” implement the Memorandum of Action (MoA) it signed with the Union in December 2020 on funding for revitalisation of public universities (both Federal and States), renegotiation of the 2009 FGN/ ASUU Agreement and the deployment of the University Transparency and Accountability Solution (UTAS).

Other demands of the union as listed by ASUU include Earned Academic Allowances, State Universities, promotion arrears, withheld salaries, and non-remittance of third-party deductions.