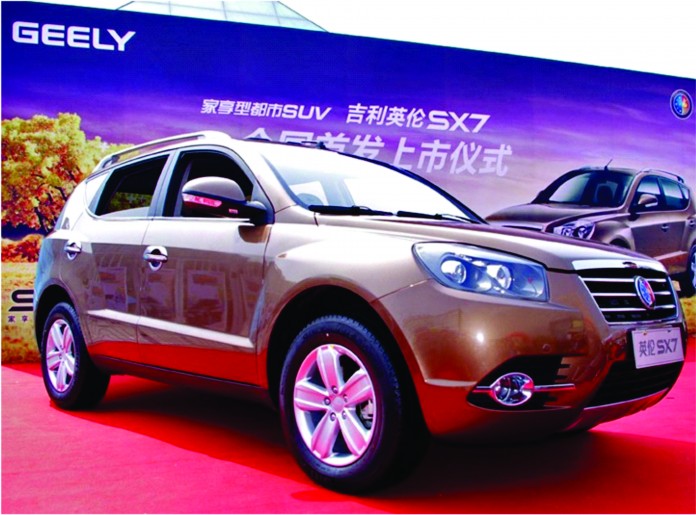 GEELY brand of cars is set to hit the Nigerian auto market again with the recent agreement signed by the Chinese manufacturer and the Oyo State Government.

The Oyo State Government, according to a statement is partnering the brand by providing the enabling environment for the brand to thrive in the state. Already, in anticipation for the take-off of production, the Oyo State Governor, AbiolaAjimobi has appointed popular fuji musician, King WasiuAyinde Marshal aka K1 as the ambassador for Geely Cars.

National Daily gathered that finishing touches are being put in place on the gigantic automotive assembly complex being erected to accommodate the auto company. Sources say everything is in place for the auto brand that will be assembled in Ibadan, the Oyo State capital, before the end of the first quarter of this year, and K1 will soon be launched publicly as its brand ambassador.

Governor Ajimobi had met with some Chinese auto makers sometimes ago, inviting them to set up assembly plants in the State. He said the move was aimed at making the state an industrial hub and the investors’ destination of choice in the country, pointing out those discussions with the manufacturers had reached an advanced stage on the development of a blueprint on the projects.

The Governor added that the projects would be complemented with an industrial park that would serve as feeder companies to the manufacturing companies, with the multiplier effects of creating employment opportunities for the citizenry.

Geely cars which came into the country in 2007 used to be handled by Hyra Motors, but the company fizzled out around 2012 thereby leaving the brand out in the cold until CFAO took charge of the brand again.