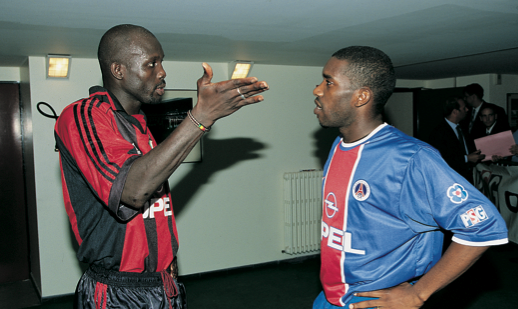 Liberian legend George Weah has said that former Nigerian midfielder, Austin Okocha is the most skillful player on the continent.

National Daily learnt that Weah compared Okocha to one of Ghana’s greatest players in Abedi Pele, The former AC Milan and Chelsea forward said ‘Jay Jay’ is more skilled and claims that he, himself, came nowhere close to the Super Eagles legend.

He added that Okocha, who garnered 75 caps during his illustrious career, never won the CAF African Player of Year award as he was a runner-up on two occasion. The retired Weah is reportedly contesting to be Liberia’s next President.

Forms for 2017 WGB-Lagos SWAN Cup out