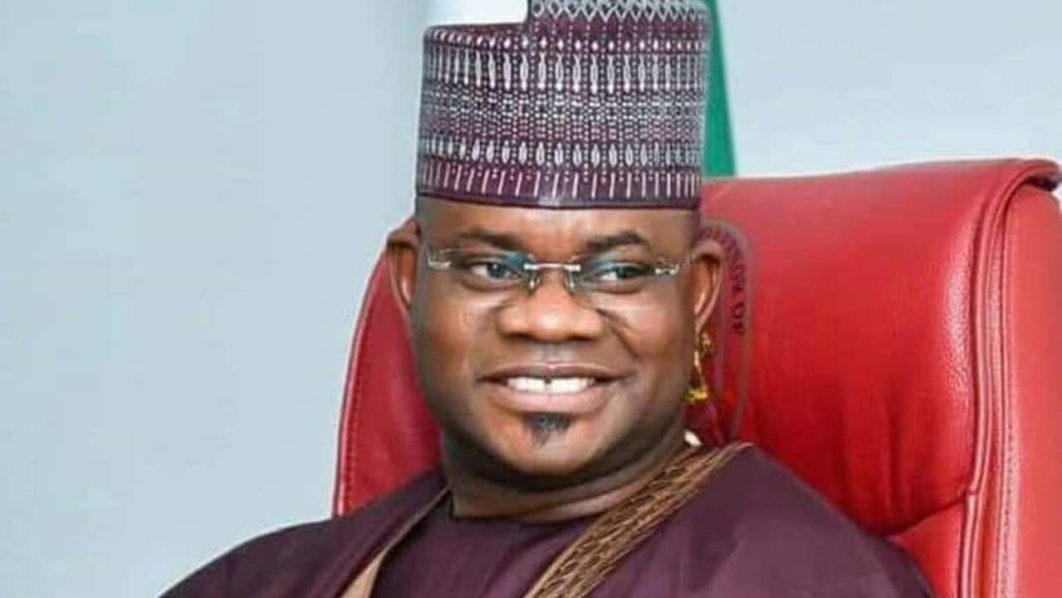 Gov. Yahaya Bello of Kogi says no state government worker is being owed salary under his administration, challenging anyone being owed to come out openly with a proof.

Bello made this known while speaking with newsmen in Abuja, noting that workers welfare remained a priority to him.

He urged Nigerians to judge him by his numerous developmental projects and performance in the state and not on lies being peddled by some individuals.

The governor said that if the allegations were true, the state government workers and unions which they belong to would have longed protested.

Bello also urged Nigerians to visit the state government’s websites; www.kogipedia.net and www.kogistate.gov.ng to see some of the projects undertaken by his administration and clarity on workers’ salaries.

“First, let me implore the media to please come up with one state civil servant who would come on air and present his pay slip and bank statement and claim that Kogi State is owing him.

“Number two, these various workers have their unions and organisations. The Union leaderships and not making noise, who are those that are complaining.

“When you continue to mention this issue of salary, I want you to take statistics, empirical facts of various states up till date, how many states have performed above Kogi State in terms of salary payment,” he said.

He said that was a task and an assignment for the media and those that were crying foul that Kogi State was not paying salaries.

“And, I want to assure you that if we are not paying salaries, workers themselves, their unions, would have cried out.

”There are so many lies they are banding out there that you do not know how they emanate.

“Let me tell you, I am not a governor for salary, any other person can pay salaries, just like the clerical workers and all of my officials are paying.

“I am here to manage the resources, both human and otherwise for the benefit of all the citizens of Kogi and the country.

“And, that is what we are doing, ranging from security, integration, and cooperation amongst our people,” Bello said.

On creating 20 million millionaires by 2030, Bello insisted that it was possible, explaining that his administration when he becomes President will adopt the South-Eastern Apprenticeship model which has successfully created several millionaires.

Bello said that the South-Eastern Apprenticeship module is a homegrown model which is being studied in Harvard when applied across all sectors will achieve the goal.

“When you talk of issues of empowering 20 million Nigerians by the year 2030, I mean every bit of it.

“Mr President is trying to pull out 100 million Nigerians out of poverty and I did make reference to a principle where our South-Eastern brothers’ apprenticeship.

“Whereby either any child from indigent or affluence persons learn how to trade under their Masters maximum within five years,” he said.

According to him, they go and secure their freedom, they are settled with either N500,000 or N1,000,000. Give that particular apprentice that just graduated another two years maximum, that person is swimming in millions.

“This is a model that is being studied by Harvard, why can’t we in this country develop this our homegrown solutions to our problems.

“We can do that in that aspect, we can do it in agriculture. Mr President has released a lot of funds into agriculture.

“Whereby we should be able to take our teeming population, youths and women off to learn certain aspects of agriculture or training.

“And, when they come on board, they will be able to empower at least five more. 20 million of them multiply by five each will surely pull out 100 million Nigerians out of poverty.

“I can assure you that in Kogi State today, we are having peace and security, and togetherness because we have demonstrated and empowered our youths beyond your imagination.

“I am referring Nigerians to please visit our website. If you cannot visit our website and all you do is to sit down and criticise then we are not ready to move the country forward,” Bello said.

On April 2, Bello officially declared to run for Presidency under the All Progressives Congress (APC) with a pledge to restoring hope to Nigerians and bridging the gap.

Share this on WhatsApp
Related Topics:kogiowingWorkers' salaryYahaya Bello
Up Next

Presidency: Zoning will not be against Atiku – Committee