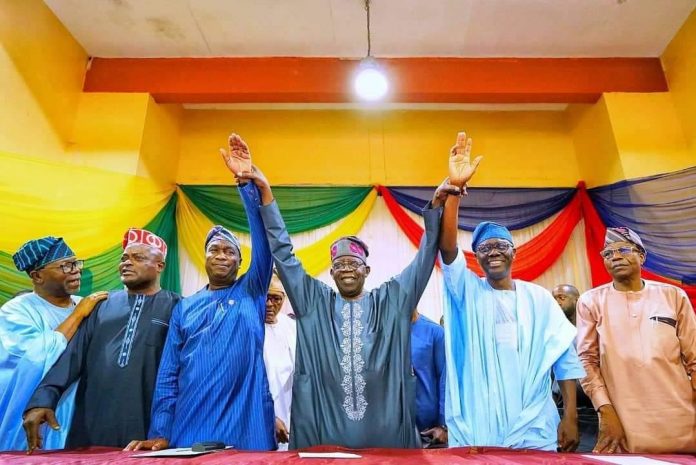 The Lagos State House of Assembly has lauded the former governor of the state, Sen. Bola Tinubu for officially endorsing Gov. Babajide Sanwo-Olu and his deputy, Dr Obafemi Hamzat for second term in office.

The Chairman, House Committee on Information, Security and Strategies, Mr Setonji David, made this known in an interview with the News Agency of Nigeria in Lagos on Sunday.

NAN recalls that Tinubu on Friday, officially endorsed the incumbent governor and his deputy for another term, putting an end to speculations that the duo might not seek re-election because they were yet to get Tinubu’s nod.

Tinubu’s public endorsement came days after Sanwo-Olu picked the Nomination and Expression of Interest forms of the ruling APC.

David, representing Badagry 2, said with the development, the duo would enjoy the support of the APC presidential hopeful in their quest to contest the 2023 governorship election in the state on the platform of the party.

“It is a welcome development. It is in the interest of the state for continuity of the very good works of the Sanwo -Olu administration.

“Lagos state has been enjoying good governance as laid down by our governor Emeritus, the Asiwaju Bola Tinubu.

“Consistency and continuation are the keys, hence the people of Lagos are fully ready to return Sanwo -Olu to the state house.”

The lawmaker said the assembly would also work assiduously for Tinubu to replicate the good works he had done in the state at the Federal level.

David prayed that by God’s grace, Tinubu would get the APC ticket for the upcoming presidential election.