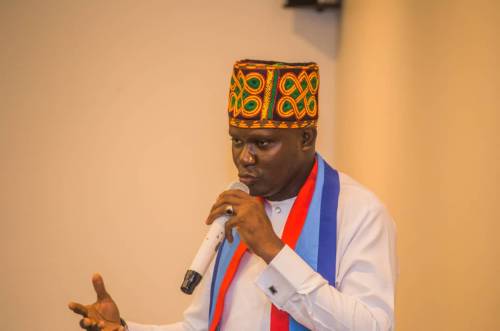 Share this on WhatsApp
The Action Democratic Party (ADP), has disclosed that it is prepared to jostle for the Lagos East Senatorial byeelection  when slated.
The party’s National  Publicity Secretary Prince Adeoye Adelaja notes the preparedness of ADP to field the best candidate for the bye-election necessitated by the demise of the former occupant of the position, Senator Bayo Oshinowo who died on Monday 15th of June.
In alignment with the extant law, there must be a replacement though ADP commiserate with his family, and prays that his soul find rest with God.
ADP, as a major political party in Lagos State, have said they are not leaving any stone unturned, on the coming bye election, calling on all interested party members, and members of the public who will like to contest to come forward and apply.
“Our party will participate in this election because we have formidable structure in all the five local government areas of Lagos East. We will present the best candidate, that his/her contribution on the floor of the Senate, will reflect the wishes of the constituency”.
The party however tasks aspirants to make available in triplicate, Letter of Intent, the aspirant’s CV, birth certificate, a photocopy of his or her party membership card signed by his or her ward chairman, two copies of passport sized photographs duly signed by the aspirant and his/her LGA Chairman at the reverse side,” among other things. The application can be directed to the State Chairman of the party, Barr. Nasiru Adewale Bolaji via email [email protected], for futher processing.
ADP added that once INEC rolls out its guildlines on the bye election, it will fill in a credible candidate with the required competence, character and capacity to deliver for the good people of Lagos East.
Share this on WhatsApp