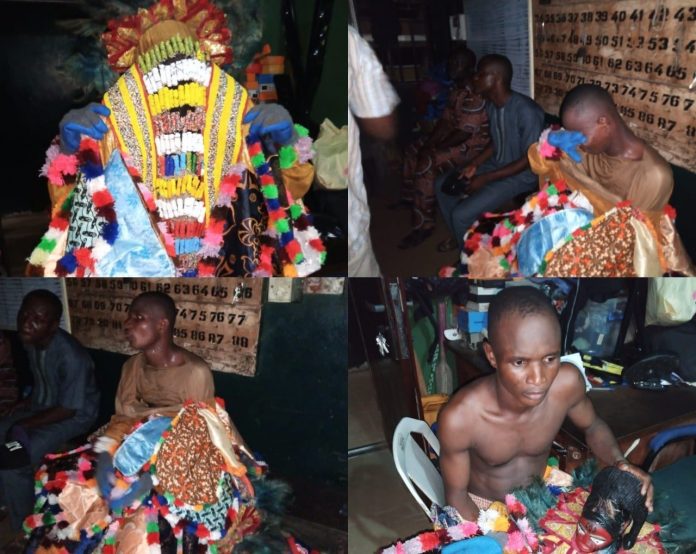 A masquerade custodian, Chief Kayode Esuleke, his son, Ifasola Esuleke and two others have been ordered to be remanded in prison by an Osun State High Court over the alleged murder of a worshipper Moshood Salawudeen in a mosque.

Justice Ayo Oyebiyi, who presided over the matter, ordered that they should be remanded in Ilesha Correctional Facility and adjourned the matter till September 21st, 2021 for consideration of bail.

However, they all pleaded not guilty to the alleged offences pressed against them.

Recalls Masquerade followers and Muslim worshippers clashed at Kamarudeen mosques on June 27th 2021 where one person was killed with many injured and properties destroyed.