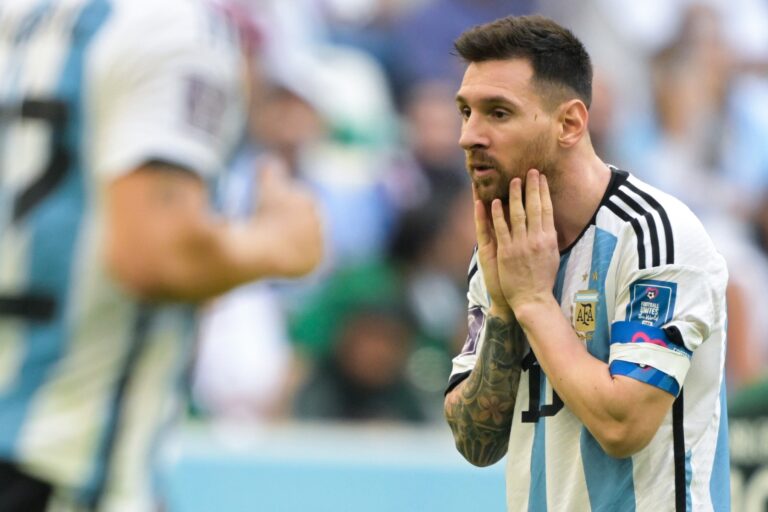 Lionel Messi on Tuesday lamented the shocking defeat of Argentina by Saudi Arabia at the 2022 World Cup in Qatar. He decried that the defeat is a “very heavy blow” to his country. Messi, however, assured that they would recover from the defeat and bounce back in the competition.

Messi gad stated: “It’s a very heavy blow, a defeat that hurts, but we must continue to have confidence in ourselves.

“This group is not going to give up. We will try to beat Mexico.”

Messi scored in the 10th minute of the first half through penalty to give Argentina the lead in the Group C match at the Lusail stadium. Saleh Al-Shehri and Salem Al-Dawsari scored in the second half to hand Argentina their 2-1 defeat that has become World Cup history.

Messi, however, insisted that they have no excuse but must work harder to regain their place.

Messi had stated: “We know that Saudi Arabia is a team with good players, who move the ball around well and play a high line.

“We worked on that but we rushed it a bit. At 2-1 we got disorganised, we lost our performance level and started desperately putting the ball into the middle.

“There are no excuses, we’re going to be more united than ever before.

“This group is strong and has shown it before. We had not been in this situation for a long time. Now we must show that this is a true group.

“This is the time to stick together, to turn the page and not think about what happened.

“We always said we were going to (try to) win every game and now more than ever.

“We have to go back to the basics of who we are. We have to think about what’s coming next.”