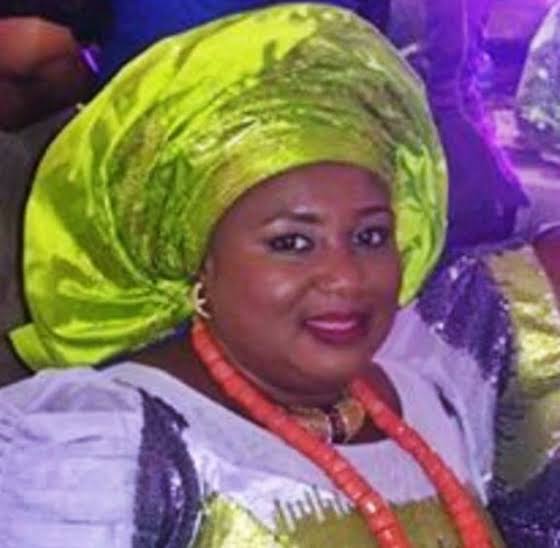 The wife of Governor Ifeanyi Okowa of Delta State, Mrs. Edith Okowa, on her 59th birthday anniversary on Tuesday, thanked God for keeping her alive and taking her to where she found herself in life. Mrs. Okowa remarked that the greatest achievement in her life is her devotion to Christ Jesus.

Mrs. Okowa at a media interaction in Asaba after thanksgiving service at the Chaplain Government House, Asaba on Monday, said she would be glad to live to a ripe of over 100 years. According to her, “if God has given me 59 years, I’m asking for 120 years.”

The Delta State governor’s wife highlighted: “on this special day of my birthday, I have several testimonies, but my greatest testimony is that I love Jesus Christ, and even when I was almost discouraged by some actions, I refused to bow to the devils.

“And every day in my life, I keep thanking God; I keep renewing my Covenant with God. God is all in my life, the life of my Children, and my husband, and I will continue to love Him the more because God is the greatest.”

Mrs. Okowa said that God is in control of the Covid-19 Pandemic and will take it away from the society. “God is in control and he will end the situation. But I urge Deltans, Nigerians to keep to the instructions, keep safe, Covid-19 Pandemic disease ravaging the world is real, stay away from the spread and avoid whatever that will spread the virus to you and your family,” Mrs. Okowa said. She commended the state government for its proactiveness in ensuring the process of curtailing the spread of the virus in the state.

Appealing to Deltans, especially, youths and women, to continue to sustain the peace in the state, Mrs. Okowa acknowledged that the relative peace which the Okowa administration had ensured, could not be overemphasized, adding that it was peace that gave birth to the unity between the government and non-indigenes in the state

Mrs. Okowa in delight, said: “every year, my songs has been that I will not be silent on His good works towards me, and I will continue to worship him as long as I live, and I am breathing. I supplicate God to give me many more years, in fact, 120 years on this earth. I have lots to offer to the people, especially, the less privileged in the society.”

The founder of 05 initiative, narrating her expectations in the new year, said: “if God has given me 59 years, I am asking him is for the grace to serve him more and do His will, work in ways that are pleasing to Him.

“I also understand that as a human, I have my areas of flaws and weaknesses, some of which I may not know. So, I am trusting Him to remold every part of my character that does not give Him glory: I continually present myself to Him as the clay that I am, while He is the porter.”

In his exhortation, the Chaplain Government House Chapel, Venerable Charles Osemenam, admonished the congregation to emulate the footsteps of the First Lady in charting the course for the welfare of others with their good deeds.

Anchoring his message on Genesis 6, he said: “God is calling on persons to make an ark that can shield others from the pains that life brings their way. This ark may be an assignment or a personal line of action that God has called you into.