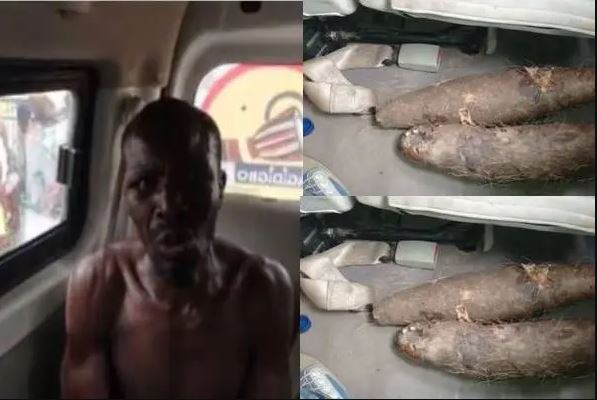 It was a bizarre scene when a man used mystic powers to turn two children into tubers of yam in the city of Ibadan, Oyo State, southwest Nigeria. The mystic man was said to have spread some amount of money on the ground in a public place for anticipated victims. Coincidentally, the two children were said to have picked the money and suddenly turned into two tubers of yam.

The man being caught by an angry mob was said to have denied the practice; expressing disbelief that human beings can be turned into yam.

The incident attracted large crowd which was eager to lynch the mystic man, who, though, denied the practice.