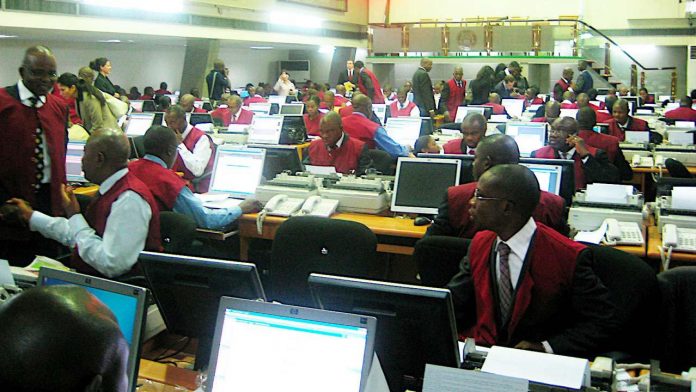 The Nigerian capital market ended the week in the negative territory as investors traded 1.278 billion shares worth N17.340 billion in 21,052 deals.

Based on the volume of trades, the Financial Services Industry, Consumer Goods Industry, and Conglomerates Industry are the top three performing sectors during the week.

With 984.543 million shares valued at N10.247 billion and traded in 11,029 deals, the Financial Services Industry led the trading activity.

The three lenders contributed 36.82 percent and 37.90 percent to the total equity turnover by volume and value respectively.

Meyer Plc gained 10 percent to end the week with N0.22kobo per share from the opening price of N0.20kobo.

Linkage Assurance share price rose by 9.80 percent to close the week with N0.56kobo from N0.51kobo per share.

Prestige Assurance stock price increased by 8.51 percent to move from N0.47kobo to N0.51kobo per share at the end of the week.

Academy’s share price appreciated by 8.33 percent to close at N0.39kobo from N0.36kobo recorded at the beginning of the week.

UPDC REIT’s share price was down by N0.95kobo to end the week with N4.10kobo per share against the opening price of N5.05 per share posted at the beginning of the week.