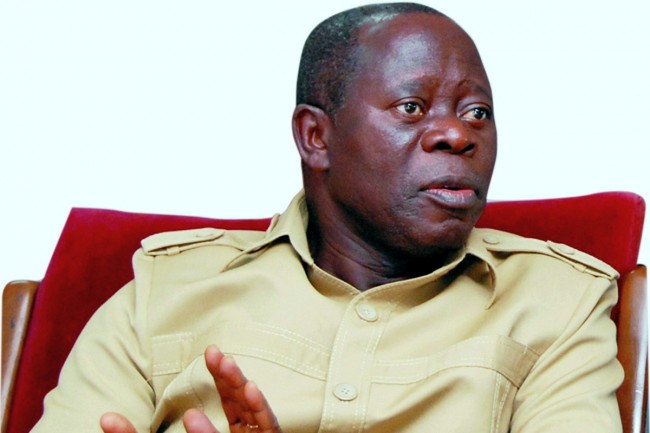 Governor Adams Oshiomhole of Edo State has described the death of Mr. James Ocholi, his wife and son in a ghastly motor accident as shocking and sad.

In a statement signed by his Chief Press Secretary, Mr. Peter Okhiria, Oshiomhole said: “I received with shock, the sad news of the death of the Minister of State for Labour and Employment, Mr. James Ocholi (SAN), his wife and son in an auto accident. His death is indeed a colossal loss to the nation, which he served devotedly to the end.”

“I had several interactions with the late Minister and I found him to be a remarkably frank and patriotic Nigerian with a deep sense of commitment to the nation’s growth. He had a fervent passion to implement the Change agenda of Mr. President and worked assiduously to leave a lasting legacy in the Labour Ministry where he was Minister of State,” Oshiomhole said.

He stated:  “On behalf of the Government and people of Edo State, I commiserate with President Muhammadu Buhari, the Governor and people of Kogi State and, indeed, all Nigerians on this sad development.”