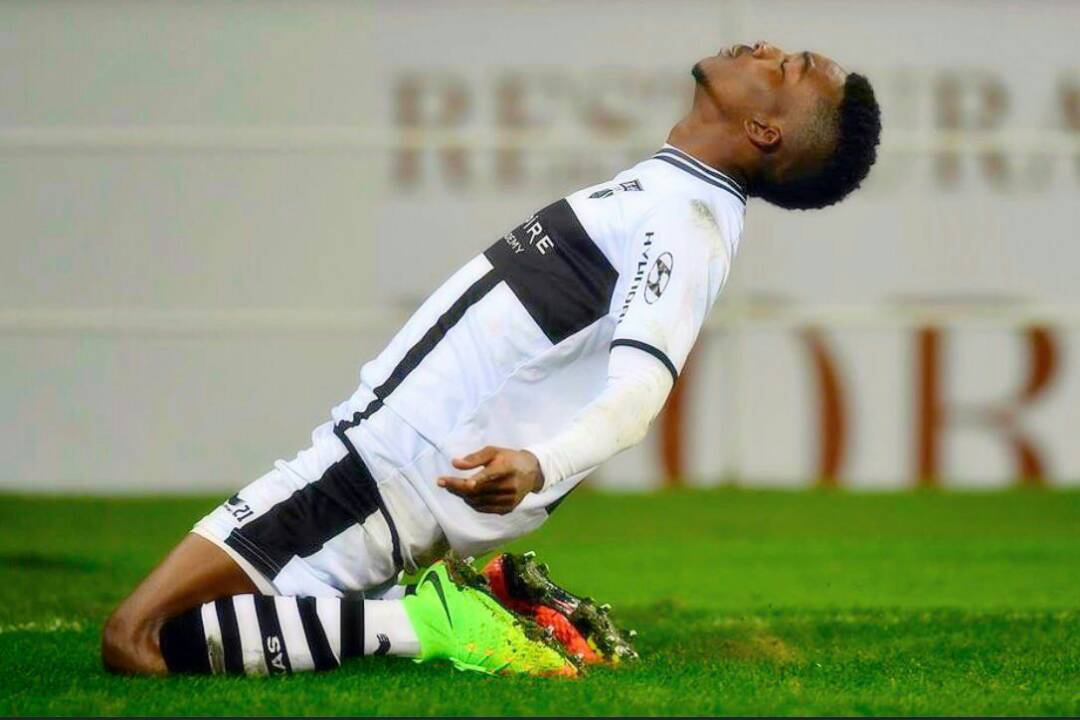 KAS Eupen sensational forward, Henry Onyekuru, netted his 20th league goal of the season as his team beat Royal Exel Mouscron 2-0 in their last home game of the Belgian Pro League on Wednesday.

The Nigerian-born 19-year-old striker who is now joint-top scorer with Lukasz Teodorczyk of Anderlecht in the Belgian Pro League continued with his impressive scoring form yesterday netting his 20th goal of the season.

Jeffren Suarez’s 42nd minute goal was enough for the hosts to end the first half claiming a one goal lead off a well tailored  pass from Christian Brüls.

Onyekuru put the game beyond the visitors with eight minutes to end the match. The teenage striker dribbled past his makers before he slotted home the second goal of the game with a great finish.

Henry revealed to National Daily that he’s looking forward to wining the Belgian Pro League top scorer award as his team prepare for their last league match against SV Roeselare.

“My target in the last game of the season is to get my first hattrick which will help me win the top scorer award.

“ I’m very close to emerging as league top scorer, all I need to do is to score two to three goals in the last game. I’m not under pressure though but I believe it’s possible because there’s nothing like impossibility in football,” he said to National Daily.