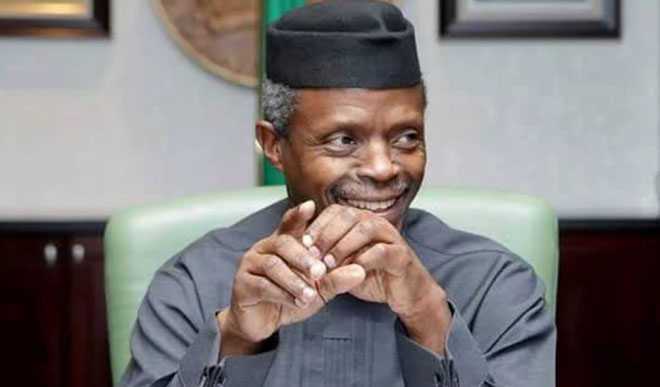 The vice president of Nigeria, Yemi Osinbajo, has cancelled his trip to India due to protocol errors by the Protocol Department of the Presidency and awkward situation it puts the government in, as Senate President Bukola Saraki would have to perform the functions of the president.

A presidency official commented on the situation:“When the President and VP are out of town, the running of the country will fall automatically into the hands of the Senate President. We did not want the awkwardness that would come with that scenario.”

A 27-member delegation, including Yemi Osinbajo and two ministers, were to travel to India for a conference but due to conflicting schedules of vice president and president it was decided to cancel it. However, by the moment of the trip cancellation $250,000 have been already spent on hotels booking and arrangements for ground transportation.

President Buhari is to travel to Malabo, Equatorial Guinea, for a two-day visit that starts on Monday, March 14. If both Osinbajo and Buhari leave Nigeria, the country would stay for more than two days without its first two citizens, meaning Senate President Bukola Saraki would have to act as acting president. Mr Saraki is currently facing criminal proceedings at the Code of Conduct Tribunal over allegations of corruption and false assets declaration.

“The president’s protocol chief, Malam Kazaure, and the protocol department again displayed great incompetence here. They ought to have caught the issue earlier before it cost Nigeria a huge sum of money,” a source at the presidency added. The State Chief of Protocol (SCOP), Lawal Abdullahi Kazaure, as well as the Chief of Staff, Abba Kyari, were repeatedly blamed for their incompetence and using their close relationship with Mr Mamman Daura, President Buhari’s nephew, in their own interests.