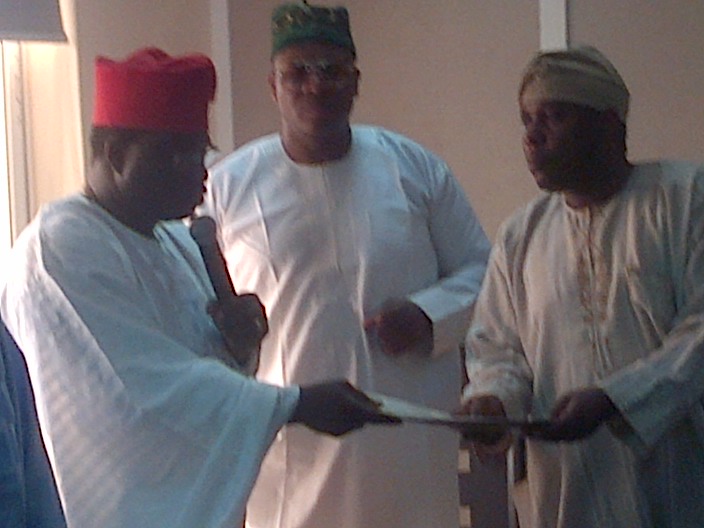 In order to save our existing indigenous languages from extinction and thus aid the preservation culture and values of the nation, a Lagos State House of Assembly lawmaker, Hon. Olanrewaju Ogunyemi has counseled that the three major indigenous languages in the country; Yoruba, Igbo and Hausa should be taught in primary and secondary schools.

Ogunyemi added that the policy would generate jobs for teachers of indigenous languages and that this would further preserve the culture of the country.

Addressing members of the National Association of Proprietors of Private Schools (NAPPS), led by its Deputy National President, Chief Abayomi Otubela, who met the Education Committee of the House, headed by Hon. Ogunyemi, the lawmaker said that this was important as Nigerians in the Diaspora study the languages of their host countries.

According to him, “we once clamped down on unregistered schools in the state. If you have operated in Lagos for 10 years and you have not been approved, we must know the reason for that. We all must come together to take education to where we want it to be as the centre of excellence.

“Government is not perfect and we don’t know it all, which is why governments review their policies and make amendments regularly. The issues you raised are germaine and they can move education forward in the state. You need to give us a comprehensive proposal, which we can use to improve education in the state.”

He stated further that education is the bedrock of development and that every human endeavour revolves around it, while emphasising that the committee and the House were committed to ensuring that the state has the best private and public schools.

The lawmaker however, said that taxes were important for the survival of the government and that what the state collects from the Federal Government could not sustain it.

He then promised that the committee would ensure that owners of private schools were not driven out of business with multiple taxes.

Chief Otubela had earlier told the committee members that the government should allow schools to spend between 38 and 39 weeks per session, and that Yoruba Language should be made a compulsory subject in both private and public primary schools in the state.

He also stated that the literature textbooks recommended for primary and secondary schools in the state were too much, adding that the books should be reduced to the ones the students could cover.

“The government should ensure that everybody adopts the national curriculum regardless of the school since they all operate within the country. The examination board should regulate the textbooks being used in schools and encourage indigenous authors rather than foreign ones to promote creativity,” he said.

According to him, this affects the ages the students graduate from secondary schools leading to some children dropping from schools thereby promoting nuisance and cultism amongst the young ones.

“This could lead to unwanted pregnancy, truancy, robbery and cultism. The legislature has a role to play to sensitize the society on this. Talented students should also be recognised, while special schools should be established for them. Also, children with disability should be catered for through inclusive education. We can create special classrooms for them,” he said.

Also speaking, the President of Lagos State chapter of NAPPS, Alhaji Akande Kamal complained of multiple taxation by various agencies of the government.

Kamal revealed that owners of private schools are being made to pay radio/televisions charges, which he said are teaching aids, pay land use charges, signages fees, business premises levy, industrial training levy, entertainment/merriment fees amongst others.

Share this on WhatsApp
Related Topics:Hon. Olanrewaju OgunyemiLagos State House of Assembly lawmakerNAPPS
Up Next