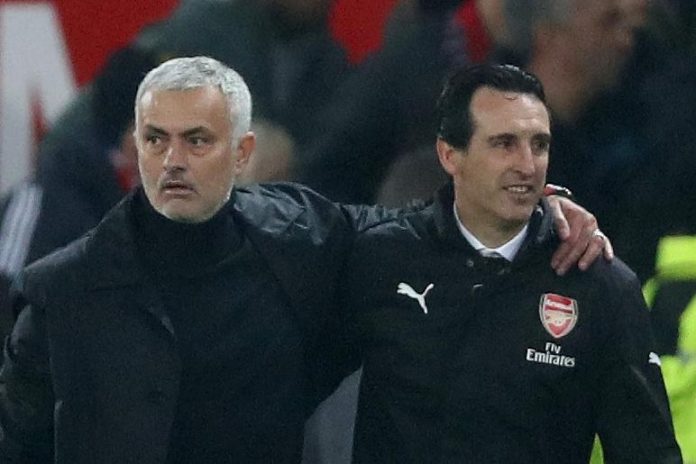 Barely hours after being relieved of his job at Arsenal, Unai Emery has been advised by Tottenham Hotspur manager, Jose Mourinho not to be bothered with the sack.

Mourinho also encouraged Emery that he will soon get another new club to coach.

Recall that Emery was dismissed on Friday following Arsenal’s 2-1 defeat at home to Eintracht Frankfurt in the Europa League on Thursday night.

Freddie Ljungberg, who was already part of Emery’s first-team coaching staff, will manage the Gunners on an interim basis while the North London outfit look for a permanent replacement for the Spaniard.

Mourinho, speaking during his Friday press conference ahead of Tottenham’s Premier League clash against Bournemouth was quoted by Evening Standard as telling reporters: “Emery has no need to be concerned, no dramas, mi amigo [my friend].

“Keep going and you will get another club.”

Asked if he would have considered joining Arsenal, Mourinho added: “I’m so happy here that I couldn’t even think about the possibility to go to another place.

“You can put now in front of me any club in the world, I would not move.”