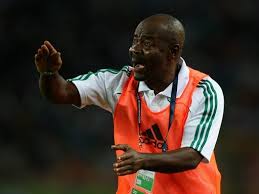 Following a run of four draws and one defeat in their opening five matches of the 2019/2020 NPFL season,  Akwa United Head Coach John Obuh has revealed that his team is on a redemption mission in Akure this weekend as they prepare to engage Sunshine Stars on match day 6.

Coach Obuh’s team has dropped four points from two successive home games against Katsina United and Nasarawa United and they are yet to record a win this season. But the tactician believes that “it’s time for a turn around”.

“Sincerely speaking, we are not comfortable with our position on the log, four draws from five games is not encouraging. What we are passing through at the moment is just a phase and I believe it’s time for us to turn things around.

“It is encouraging to see that the NPFL is fast developing and we are motivated by the fact that teams are winning games away from home and we believe that ours will come this weekend” said Coach Obuh.

The Promise Keepers have scored three goals and conceded five in their opening five matches and they are 14th on the log. They will be expecting their first win of the season against Sunshine Stars who are placed 12th on the log with 5 points.

According to Coach Obuh, “the season is still very young and it will be a long campaign. The good news is that we have been able to identify our weak points and we will continue to work hard to ensure we get it right”.

A team of 18 players including one-time league top scorer Akarandut Orok, former NPFL winner Itodo Akor and former U17 goalkeeper Bassey Akpan as well as some key officials of the club are on the trip to Akure for the crucial game.

The Promise Keepers have recorded three wins,  three draws and suffered two defeats in their last eight meetings against Sunshine Stars. They have also scored twelve goals in those eight matches against this weekend’s opponents.

The last time the two teams met in the NPFL was in April 2018, where goals from Ifeanyi Ifeanyi and Victor Mbaoma secured a 2-1 win for the two-time Federation Cup Champions in Uyo.