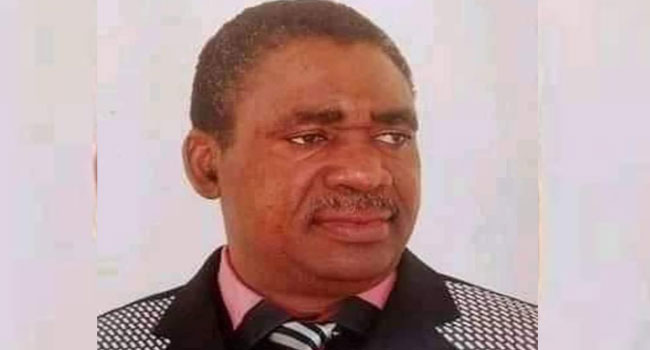 A former Governor of Benue State, Sen. Gabriel Suswam, on Tuesday escaped assassination by unknown gunmen. However, the gunmen shot one of the Aides to the Senator, Solomon, and the elder brother Terkura Suswam, to death in the attack in Benue State.

The police authorities in Benue was said to have disclosed that the gunmen struck  on Tuesday when Suswam and his aide sat opposite his house at Elohim Plaza Anyiin to supervise repairs at the plaza.

The gunmen were said to have driven in a Toyota Camry car for the operation in which they shot the victims dead.

The Public Relations Officer of the Benue State Police Command, Anene Sewuese Catherine, had in a statement disclosed that victims were rushed to NKST Anyii hospital where they were confirmed dead. She said that the “Corpses have been deposited at the hospital for autopsy.”

It was indicated that the Benue State Commissioner of Police has since ordered an investigation to ensure that the gunmen who carried out the murder are apprehended, and justice is served.

The police was said to have declared that Anyiin town has been cordoned by additional police teams deployed to assist the Division to trail the fleeing killers.

Ortom vows killers must be apprehended to face justice

Governor Samuel Ortom of Benue State had declared that the killers of Terkura Suswam must be apprehended and brought to justice.

The Governor promised that his administration will give security operatives maximum support to ensure that killers of Suswam are arrested and made to the face consequences of their actions.

Governor Ortom warned that his administration will not cede Benue State to criminals. He affirmed that killers and kidnappers operating in Sankera axis of the State will not go unpunished.

The governor extended sympathy to Senator Suswam and other family members, including the entire people of Logo Local Government Area over the painful death of Chief Terkura Suswam.