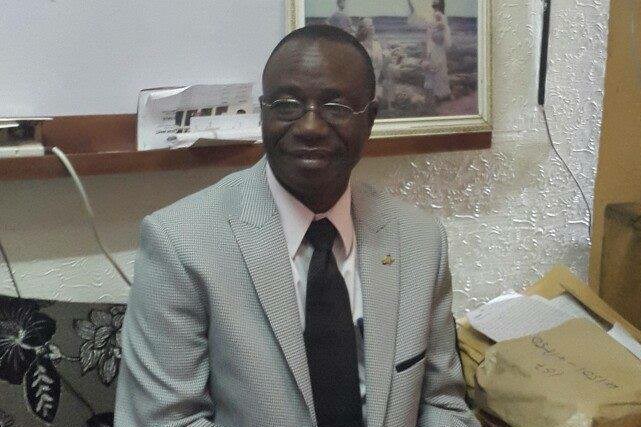 Share this on WhatsApp
Spread the love
The Obafemi Awolowo University, Ile-Ife, has sacked Richard Akindele, the lecturer who allegedly demanded sex from Monica Osagie, a postgraduate student of the institution.
Recall that National Daily had reported the scandal when it first broke out in April in which an audio had went viral on social media implicating the professor for demanding five sessions of sex to award the lady a pass mark in a course she failed.
OAU had then set up a panel to investigate the allegations levelled against Akindele who went into hiding after the scandal broke.
On Wednesday, Eyitope Ogunbodede, OAU vice-chancellor, in a statement made available to National Daily announced that the governing council of the institution had approved the sack of the lecturer, “having found him guilty of all the charges against him.”
He said the council, after its findings, concluded that Akindele had an inappropriate relationship with Osagie, adding that the lecturer did not deny the allegation when he was confronted.
“He had acted in a manner that is seen to have compromised his position as a teacher and examiner, in that, his conversations with Miss Osagie were about examination scores and inducement of favour for the alteration of examination scores.
He said the committee’s findings revealed that professor Akindele’s actions in requesting for sexual favours from Miss Osagie to change her examination scores was scandalous behaviour that has brought ridicule to the name of the University and has tarnished the reputation of the University, as it portrays the University as an institution where its teachers and examiners trade marks for sexual favours.
He added that the university has taken further steps to ensure the “total elimination” of sexual harassment.
“OAU is fully committed to the eradication of sexual and other types of harassment from our tertiary institutions and will do all that is possible to nip this menace in the bud,” he said.

Professor Akindele, National Daily gathered is a father of three and a Reverend in the Anglican Church.