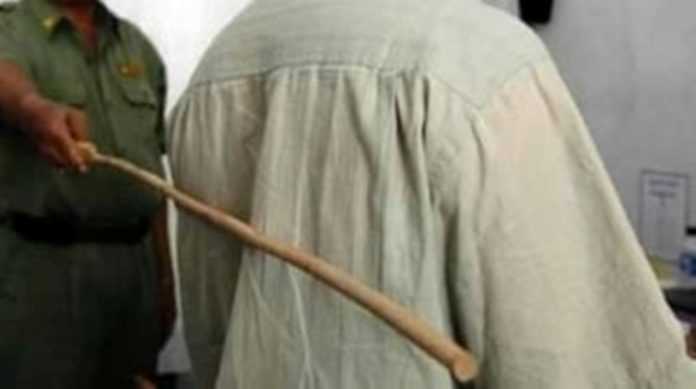 A Kaduna Chief Magistrates’ Court on Thursday ordered that a teenager, Olalekan Michael, be given 12 strokes of the cane for stealing a laptop.

Michael, who lives in Malali, Kaduna, pleaded guilty to trespass and theft.

Magistrate Ibrahim Emmanuel said that the punishment was light because Michael saved the court from a prolonged trial.

He hoped that the punishment would serve as a deterrent to others.

He added that the punishment would have been stiffer if the convict had not saved the court the pains of protracted prosecution.

Earlier, the Prosecution Counsel, Insp Chidi Leo, told the court that Michael committed the offence on June 27 at 5 a.m.

Leo said that Michael broke into the apartment of Francis Stephen of Kawo and stole his laptop and a Samsung Galaxy J7 all valued at N350,000 while he was asleep.

The prosecutor added that the police recovered the stolen items from Michael during investigation.

The prosecutor said that the offence contravened the provisions of sections 353 and 271 of the Penal Code of Kaduna State.

Leo had prayed the court to try the defendant summarily under Section 347 of the Administration of Criminal Justices Act, 2015, following his admission of guilt.