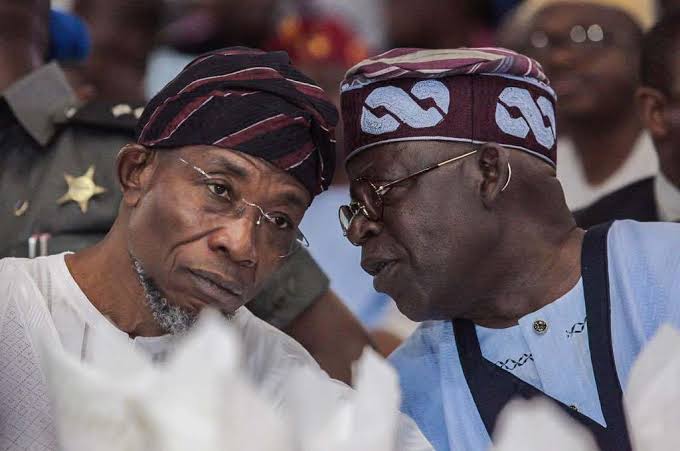 The national leader of the ruling All Progressives Congress (APC), Asiwaju Bola Tinubu, has joined forces with Ogbeni Rauf Aregbesola, a ministerial nominee and former Governor of Osun State, to take the Ministry of Works portfolio away from Babatunde Fashola, former Minister of Power, Works and Housing in the first tenure of President Muhammadu Buhari, and former Lagos State Governor,National Dailygathered.

Presidency sources revealed toNational Dailythat the APC national leader and the former Osun Governor have deepened lobby and intensified pressures on President Buhari to assign the Works Ministry to Aregbesola, presenting to the President that Aregbesola had educational training in engineering and would be more suitable to handle the works ministry than a lawyer. They were also alleged to have communicated to the president that the performance record of the ministry was poor in the first tenure, noting that an engineer understands the dynamics and would speed up the process father than a lawyer.

The APC national leader was further alleged to have acquainted the President that time is running out and the party government cannot afford the luxury of slowing down activities by making appointments or assigning portfolios to wrong persons in the new Federal Executive Council. Not only that, they also advocated the need for the president to assign single    ministerial portfolio to each of the ministerial nominee for effectiveness and efficiency in attaining their mandate. 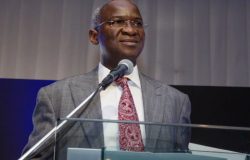 The President sources further disclosed to National Daily that President Buhari ordered detail search on the former Osun Governor educational background and they found that he actually had diploma in engineering but not a degree.

More so, some political calculations were identified that beside the perquisites of the office, the battle against Fashola over ministerial portfolio may not be unconnected with the lingering power tussle in the south west between Tinubu and his dynasty and the neo-leaders who were identified to represent the zone in the federal government, often referred to as Abuja Force. Invariably, Fashola’s had at different times been identified to be associated with the Abuja Force, which many said is being led by Governor Ibikunle Amosun of Ogun State, while other members were identified to include Governor Rotimi Akeredolu of Ondo State, Governor Kayode Fayemi of Ekiti State, former APC National Legal Adviser, Muiz Banire, now AMCON Managing Director, and others.

Tinubu and his bloc were said to be strongly opposed to super-minister in the new cabinet, and if there must be, it must not be Fashola or any latent opposition from the southwest in the federal executive council.

However,National Dailyinquiry revealed that the Abuja Force, as the group is called, strong relationship with President Buhari, who at different times interfaces with Tinubu and his bloc as well as members of the Abuja bloc on the same matter and same period without objection of the persuasions of any bloc. The Abuja Force draws strong current from that relationship.

Meanwhile, the screening of the ministerial nominees by the Senate has been relatively peaceful without stiff opposition from the states.