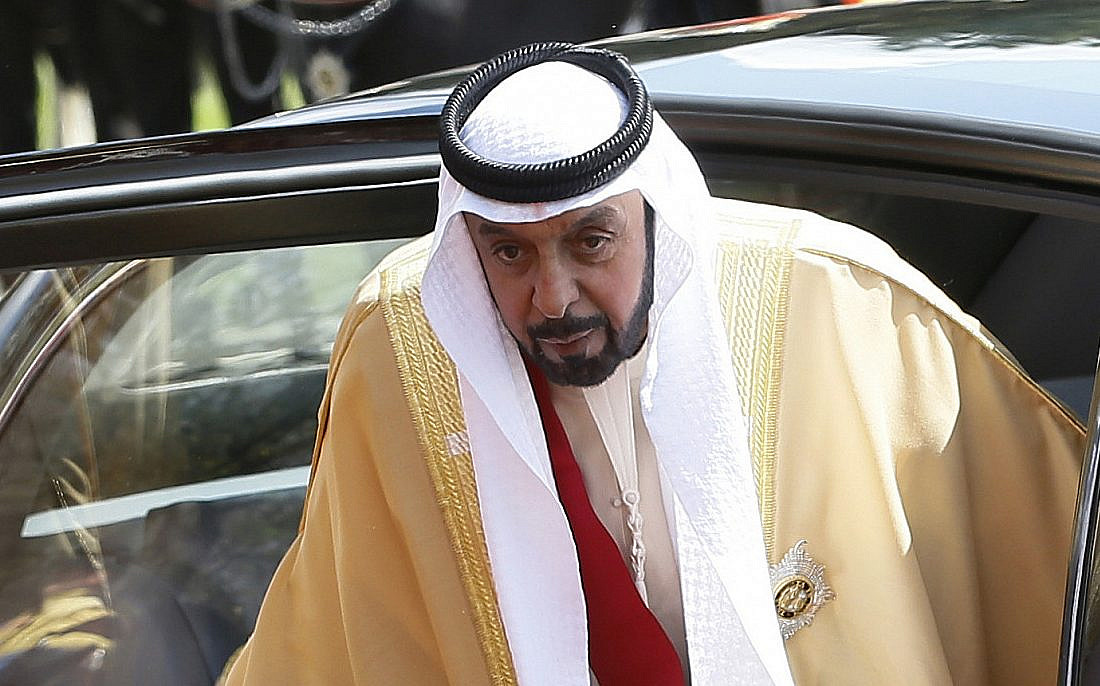 A former Lagos State Governor, Sen. Bola Tinubu, has described the President of United Arab Emirates (UAE), Sheikh Khalifa bin Zayed Al Nayhan, who died on Friday, as a great reformer who reshaped the governance and economy of the country.

Tinubu, a Presidential Aspirant of the All Progressives Congress (APC), made this known in a condolence message to the Government and people of the UAE in Lagos on Sunday.

He said: “As president from 2004 until his death, the deceased strategically guided the UAE Government toward balanced and sustainable development to ensure the prosperity of his people.

“The passing on Friday of Sheikh Khalifa bin Zayed Al Nayhan, the President of the United Arab Emirates, saddened me.

“Sheikh Khalifa was a great reformer and a visionary leader who reshaped and improved the governance and economy of the United Arab Emirates.

“Because of his devoted leadership, Sheikh Khalifa had a devoted following. He enjoyed the enduring respect of his people.

“He will long be remembered for his achievements and pivotal role in the exceptional and rapid development of the UAE.

“His primary ambition was said to be upholding the legacy of his father, the late Sheikh Zayed bin Sultan Al Nahyan.”

Tinubu said that by remaining true to the dream of his father, his numerous and lasting achievements meant that he not only fulfilled the ambition of a dutiful son but established an impressive legacy in his own right.

The former governor noted that as a mark of his father’s confidence in him, he was appointed to his first official role at the young age of 18.

According to him, where others might have lost their way, he fully justified that confidence, assuming the mantle of leadership with the ease and skill with which his name had come to be synonymous.

Tinubu said that Sheikh Khalifa bin Zayed Al Nayhan would remain an example of what a resolute, visionary leader could do to advance his society and people.

Tinubu said Sheikh Khalifa bin Zayed Al Nayhan was a great statesman, a caring husband, and a devoted father and he would surely be missed, adding that may Almighty Allah grant him Aljanna Firdaus. Amin.

Share this on WhatsApp
Related Topics:Al NayhanmournsTinubuUAE President
Up Next