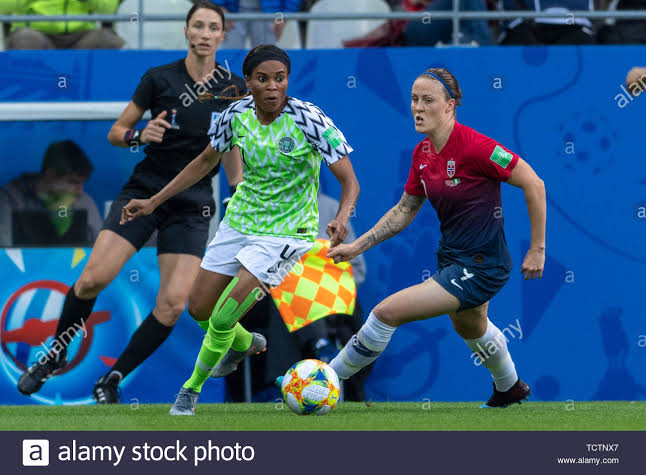 Super Falcons’ head coach Thomas Dennerby has stated that six players invited for the first leg of Tokyo 2020 Olympic Women Football qualifier bill for August 28th in Blida, Algeria, will not be available due to club duties.

The players who opted out of the match and have duly informed the Nigeria Football Federation (NFF) are Asisat Oshoala, Fracisca Ordega, Ngozi Okobi, Ngozi Ebere, Rashidat Ajibade and Osinachi Ohale.

Dennerby disclosed that the players have club matches on 25th and 26th and it will be difficult for them to arrive in Nigeria a day after their engagements to secure visas as Algeria doesn’t issue a visa at the point of entry.

“I know I will miss them but the players I picked for the qualifier are equally good to win the match.

Algeria Women Football Team is not a threat to our girls. I will not underrate them but they will not beat us in Algeria,” Dennerby boasted.

He also revealed that the six players will be available for the return leg scheduled for October 3rd, at the Agege Stadium, Lagos.