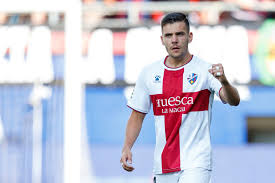 Share this on WhatsApp
Spread the love
Girona have signed Catalan winger Alex Gallar from Huesca for his release clause of two million euros. The 27-year-old has penned a four-year deal at the Estadi Montivili.
Napoli have given Mauro Icardi and Inter an ultimatum as they look to sign the Argentine striker, according to La Gazzetta dello Sport. Icardi himself is waiting for Juventus to make a final offer to sign him.
Paris Saint-Germain have rejected Real Madrid’s offer for Neymar which consisted of 100 million euros, Gareth Bale, James Rodriguez and Keylor Navas, report L’Equipe. For the Parisians, the bid was insufficient.
Good morning everyone and welcome to MARCA’s transfer blog! Make sure you check this page throughout the day to see the hottest rumours and completed deals. Let’s get started!
Share this on WhatsApp
Related Topics:Alex GallarGirona
Up Next

PSV agrees a deal with Marseille