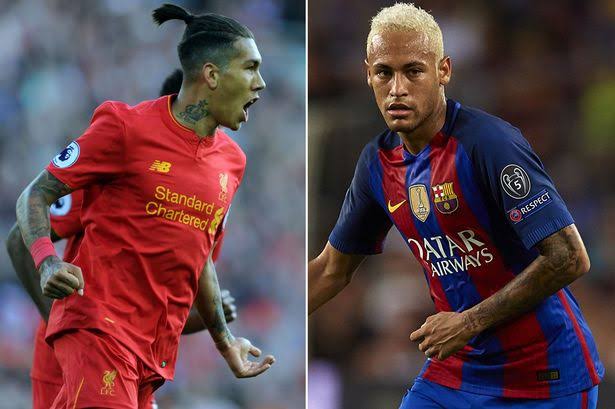 Neymar has predicted the Premier League top four, with one surprising omission: Liverpool.

The Reds reached the Champions League final last year, losing to Real Madrid in the showpiece game, and after a strong transfer window are being tipped as the main threat to Manchester City.

Neymar does not agree, though, tipping Jurgen Klopp’s side to finish outside of the top four completely, thus missing out on Champions League football. Despite a difficult start to the season for Manchester United, he thinks they will secure the runners-up spot again, while Spurs will once again finish in the top four, despite making no signings. Speaking to the Express, Neymar admitted that it is a ‘very difficult’ question.

“Woah, that’s difficult,” he said. “It’s very hard, it’s very difficult. Liverpool were Champions League finalists last season, but Neymar does not think they’ll be in the competition next year. “But Manchester City will win it. Second will be United, third is Chelsea. Fourth is Tottenham.” When asked if he had forgotten Liverpool, Neymar said he hadn’t and that they would have to settle for a Europa League spot.

His Brazilian team-mate Roberto Firmino may want a word over the international break!