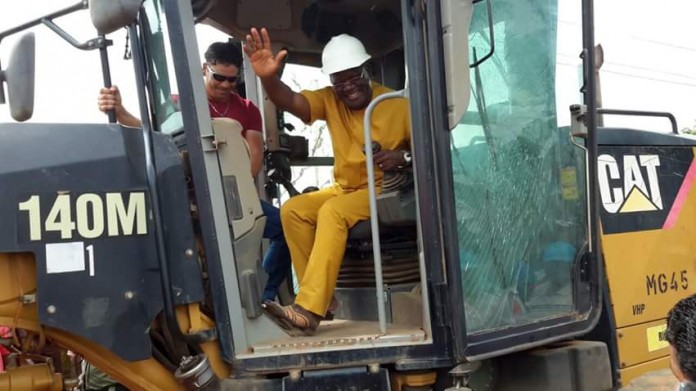 Benue State Governor, Samuel Ortom, yesterday flagged off the construction of two roads with a pledge that he will not compromised standard nor take kickback from contractors as was the previous practice.

He made the pledge while flagging off the Origbo-Imande-Akpu-Gbajimba road and the Mobile Barracks-Yaikyor-Apir Junction roads separately in Gbajimba and Makurdi.

The Governor stated that what he expected from contractors was the execution of quality jobs according to specification and within the time frame of the contractual agreement as no one would demand nor take any kickback from them.

He said the flag-off was the fulfilment of his campaign promise to provide critical infrastructure to the people of the state.

According to him the two roads which are being constructed from the N10 billion infrastructure facility would alleviate the sufferings of benefitting communities, boost commerce, enhanced security and  communication.

Commissioner for Works, Transport and Energy, Emmanuel Manger,  stated that the 40.3 kilometer Origbo-Imande-Akpu-Gbajimba road awarded to Tongyi New International Construction at the cost of N4. 7 billion is expected to be completed in two years.

He said the 24 kilometer Mobile Barracks-Yaikyor-Apir Junction road, awarded to Triacta Nigeria Limited at N3.1 billion will be completed in 18 months.

Engineer Doumit promised to complete the job in five months before the 18 month period specified in the contract agreement.