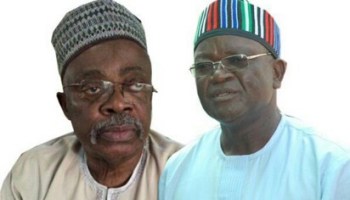 An elder statesman, Alhaji Abubakar Tsav, a retired commissioner of Police, at the weekend expressed his disgust against Governor Samuel Ortom of Benue State who, he said, knows no limit to political hostilities. Abubakar Tsav in a statement on Saturday sent to National Daily berated Governor Ortom for not congratulating Senator George Akume on his nomination of ministerial appointment by President Muhammadu Buhari. The elder statesman noted that Akume’s ministerial nomination broke the long time jinx of the exclusion a Tiv man from the Federal Executive Council (FEC); noting that the nomination of Akume ought to bring joy to the Tiv people, including Governor Orotm.

Tsav noted that governors in other states controlled by the Peoples Democratic Party (PDP) have congratulated the ministerial nominees from their respective states but Benue State is different. He decried the politics of bitterness, hatred and animosity among Tiv politicians.

Tsav in the statement declared: “I am always in a dilemma when I think of the ways our people play politics in Tiv Land.

“Without trying to conceal their sentiments, our people play politics of bitterness, hate, animosity and separatism as though there’s ‘no tomorrow’.

“As far as they are concerned, the politics of development is not in their agenda but rather politics of stomach infrastructure and nepotism which takes the centre stage.

“In other PDP states, governors have congratulated APC ministerial nominees in their states, but this is not so in Benue State.

“For a very long time, no Tiv man has been a member of the Federal Executive Council (FEC); with Senator George Akume now making the ministerial list, we thought every Tiv man, including Governor Samuel Ortom, will be excited and see this as an opportunity to develop Benue State and bring it at par with other states.

“Governor Ortom has not congratulated Senator Akume neither has he sent a delegation to do so on his behalf.

“Could it be that the “SIN OF HIS INGRATITUDE” is still haunting Governor Ortom for paying Senator Akume with sour grapes?

“Common Governor Ortom set aside your pride and congratulate your benefactor, Senator Akume, in the interest of Benue State and its people.”

Tsav stated that it’s now clear that Governor Ortom is not interested in the development of Benue State but his personal and self aggrandizement.

The elder statesman maintained Governor Ortom has bought a dummy and seems to be satisfied with his dummy, “It seems your advisers are not advising you well,” Tsav said.

He summed up: “Elections have come and gone; Tribunals are sitting and will fade out. Appeal Courts are waiting and will also fade out. Life is continuing until death. Life is transient, then, God’s supreme judgment.”

Shiites set for final showdown with FG over proscription