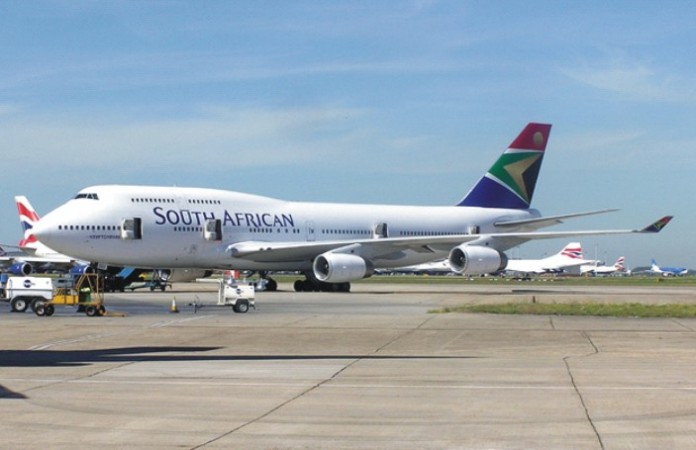 To be a leading air carrier is not just by capacity or fleet size, it basically depends on the ability to win patronage of air travelers from all works and climes; that’s exactly what South African Airways is proving to the world. The airline has thrown its weight behind tourism authorities, destination marketing organisations and travel and tourism trade show hosts in an effort to stimulate the growth of tourism in the country, which will also increase the airline’s fortunes.

During its participation at the World Travel Market Africa (WTM Africa), a fast growing inbound and outbound travel and tourism show, which takes place from 6th to 8th April annually at the Cape Town International Convention Centre (CTICC), SAA declared its intention to support the Department of Tourism’s objective to further stimulate Business and Leisure tourism to South Africa.

“We have seen an upsurge in tourists interested in travelling to South Africa due to a combination of factors such as the exchange rate advantages to travelers from   countries such as Germany and the United Kingdom. South Africa is also, besides the value for money on offer, a destination which offers a host of natural and historic attractions. Stimulating tourism has the added effect that it helps with job creation,” says Tlali Tlali, SAA Spokesperson.

With this commitment, SAA will be assisting in bringing a vast selection of visitors to South Africa, hosting buyers and media from around the world to Thebe Reed Exhibitions’ WTM Africa exhibition, where the airline will also be exhibiting and promoting its brand to the world.

In 2015, WTM Africa welcomed 4,127 industry professionals, buyers, media and travel trade professionals from across the continent and worldwide. It is projected that with the strength of SAA in support of upcoming this year and beyond, the figures will definitely increase.

“SAA offices in all the countries where we operate, in Africa and globally, are intensely involved in promoting tourism to South Africa through a variety of activities and by participating in tourism trade exhibitions both in South Africa and in other parts of the world. Recently, a group of media and well known personalities from West Africa (Nigeria, Ghana) visited South Africa to familiarise themselves with the country to highlight leisure experiences that appeal to West African consumers. This coincided with the launch of SAA’s flights to Abuja, Nigeria,” Tlari added.

The SAA representatives have already laid a good foundation in partnership with East Africa Tourism and SA Tourism, having participated in an educational trip to South Africa to expose them to the ever developing dynamic destination, “Product South Africa.”

International highlights were the World Travel Market in London which is different to the SA WTM with a focus on growing tourism to South Africa from the United Kingdom and, indeed, from the rest of Europe.  This was supported by a roadshow and press events across the UK, blogger trips to South Africa, and a giant outdoor consumer event in London to showcase the incredible diversity and value the country has to offer.

In the same vain, SAA North America launched the “Go See Southern Africa” campaign to create awareness of the great destinations and great value that is offered throughout Southern Africa for tourists from North America. This region also hosts the annual Africa Showcase (in its eighth year) for travel agents and tour operators throughout the U.S. and Canada, where about 30 suppliers from destination tourism organisations, hotels, safari lodges and tourism services throughout Africa promote tourism to Africa.