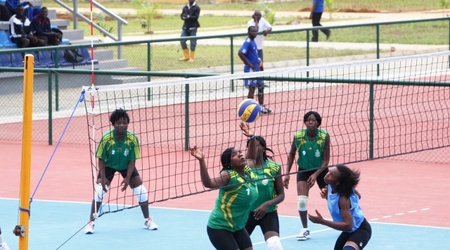 President of the federation, Engineer Musa Nimrod, told National Daily that the league would hold from November 1st to 10th 2018 in Kaduna at the Umaru Musa Yar’adua Indoor Sports Hall.

She said the 16 teams were made up of eight male and eight female, adding that the league would feature eight matches each day.

The others are Civil Defence, Nigeria Immigration Service and Kano Pillars.

The NVBF president said the Technical team led by Martins Melandi, would be on ground to ensure that the league went on smoothly.

Nimrod said the league’s winners in both the male and female categories would represent Nigeria at the 2019 Africa Club Championships.