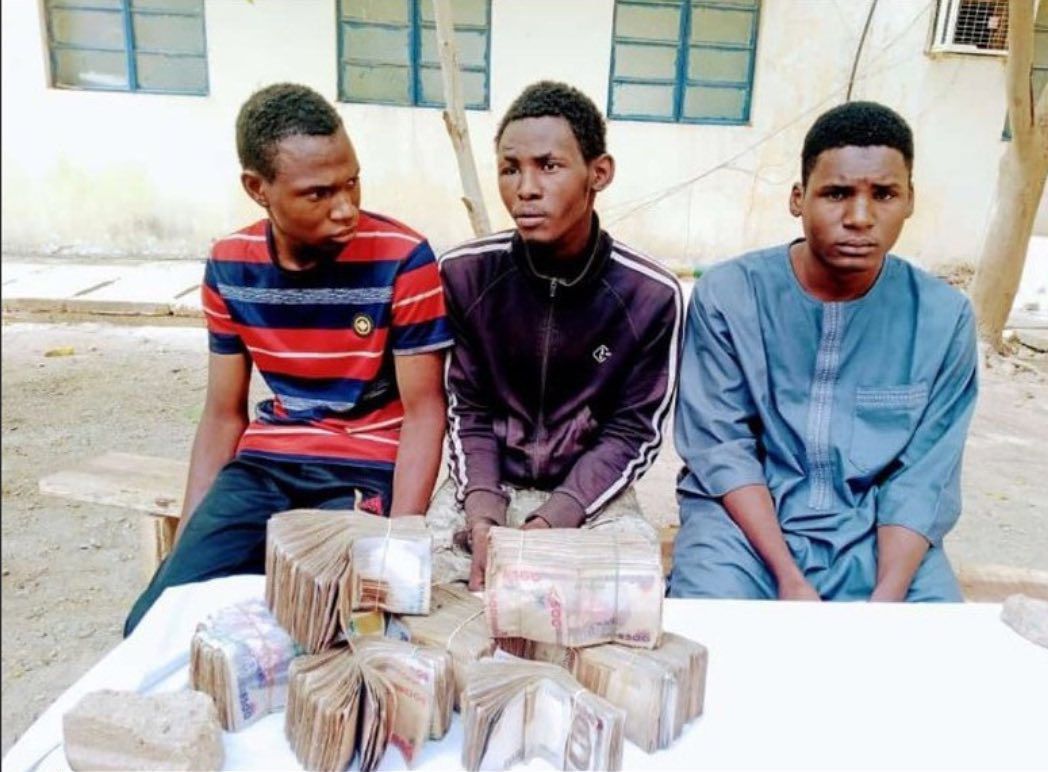 The suspect was arrested with his accomplices, Aliyu Salisu, aka Chilo of Sabuwa Unguwa quarters & Mohammed Ibrahim, aka Zalamo of Gidan Dawa quarters, both 19. They were arrested on January 10, 2023 around 5 pm following credible intelligence

The Command’s spokesperson, Isah Gambo in a statement on Wednesday, said: “Nemesis caught up with the syndicate when they kidnapped their victim, Fatima Abubakar, age 6, of Bachirawa quarters, Kano state, on January 6, 2023 at about 1100 hrs & whisked her to Katsina state, where they demanded N2million ransom

Upon receipt of the information immediately detectives swung into action. One suspect, Aliyu Salisu, alias “Chilo” was caught in the process of receiving the ransom

41-yr-old Nigerian woman jailed for stealing over £19k savings of vulnerable residents in the U.K