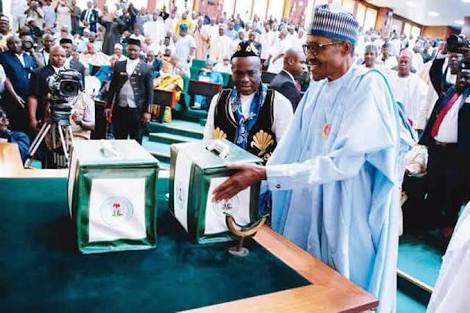 The Nigerian Senate on Wednesday postponed passage of the 2019 Appropriation Bill till Tuesday next week.

Senate Committee on Appropriation had last week submitted its report on the national budget and the lawmakers had slated today (Wednesday) to consider the report.

However during its plenary on Wednesday, the Senate decided to postpone the third reading of the bill because the details of the estimates had not been made available to the lawmakers yet.

Consequently, Senate President Bukola Saraki ruled that copies of the details be made available to lawmakers by Monday before the Tuesday passage of the budget.

President Muhammadu Buhari had in December last year laid a budget proposal of N8.83 trillion before the National Assembly.