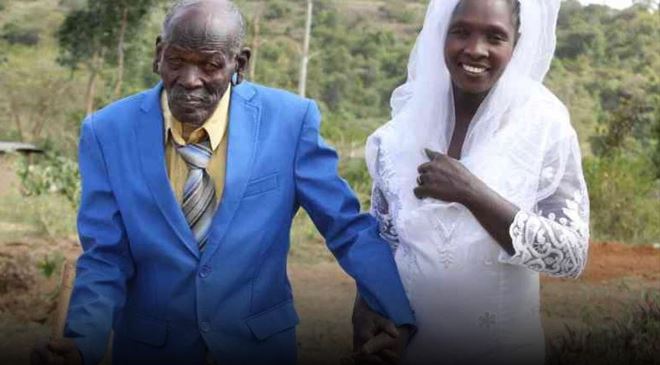 It is reported that the lovebirds tied the knot in a colorful wedding ceremony on Saturday, January 14, 2023. When they first met in 2003, Jemeli was only 20 years old and Butuk was 69. Despite their age differences, their love blossomed as they dated.

The nonagenarian proposed to Jemeli in December, 2022 and plans of a wedding ceremony started. The Standard reported that it was Butuk’s first marriage since he has never dated a woman for the 99 years he has lived. However, Jemeli has three children from a previous relationship and is happy Butuk has accepted them.

However, residents say they had never seen a 99-year-old man marrying a woman the age of his granddaughter. “I did not marry my entire life because I have always wanted peace of mind.