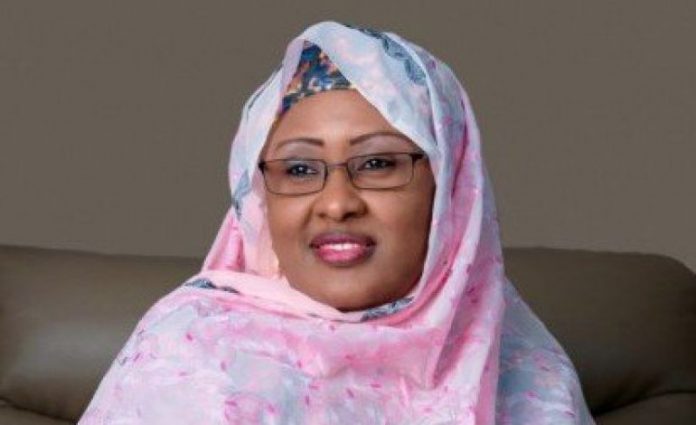 The wife of President Muhammadu Buhari, Aisha Buhari, has commended governors’ wives for their sustained commitment in championing Reproductive, Maternal, Neonatal, Child Adolescent Health and Nutrition (RMNCAH+N) Advocacy in the states. This, she noted, is a significant milestone towards reducing high rate of mortality among women and children.

Suleiman Haruna, Director of Information to Wife of the President, State House, Abuja, in a segment on Wednesday, indicated that the President’s wife at a RMNCAH+N Advocacy training Workshop for governors’ wives and their technical officers, organized by Aisha Buhari Foundation at Government House, Edo State on Wednesday, appealed to the Governor’s wives to take full advantage of the workshop and perfect their skills and strategies in making this achievable within the shortest possible time.

She was represented by Mrs. Grace Chamah, wife of the former Military Administrator of Katsina and Kebbi states.

“As wives of governors and chief advocates for Reproductive Maternal Newborn Child Adolescent Health and Nutrition (RMNCAH+N) in your state, you need to be equipped, better positioned and informed about the contextual terrains and workable solutions to problems that have contributed to give us the poor indices in Nigeria,” she said.

This, she said, is the objective that the training seeks to achieve.

The President’s wife acknowledged that maternal and child deaths occur in all states; and except the participants to take responsibility and strategic action to address the issues in their immediate regions, warning that challenges may remain unchanged and even grow worse.

Aisha Buhari narrated that her project, Future Assured, has done a lot to contribute to the acceleration of efforts to End Preventable Maternal, New born and Child deaths through advocacy and action. “One of these actions is the training workshop, which has now been held in all the geopolitical zones of the country,” she said.

“This advocacy training holding in Benin City is the last of the training held in the six geopolitical zones and I hope that the results will reverberate nationwide.” She noted.

Wife of the Governor of Edo State and host, Mrs. Betsy Obaseki, highlighted that Nigeria had poor indices on maternal and infant mortality, saying this is enough reason to key into the initiatives of wife of the President. She therefore commended her for this training and her passion in undertaking the Future Assured Programme as it touches the very fabric of society and borders on the welfare of the next generation.

“I have followed in her footsteps in this area and have embarked on a project to reduce the incidence of neonatal deaths in Edo state through a project called No Pikin Go Die for Edo State. The project is aimed at ensuring that every baby born in Edo State receives requisite care and handling at birth in order to survive the “golden” first month of life.” Said Mrs. Obaseki.

Goodwill messages were delivered by Kori Habib of UNFPA and Adebayo Adesola of Catholic Relief Services. 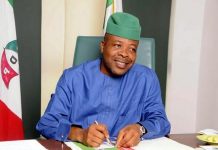 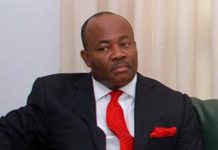