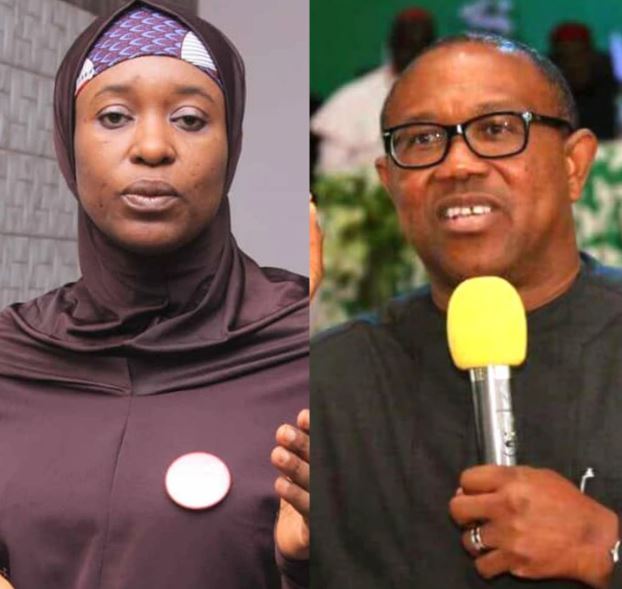 Popular Nigerian activist, businesswoman, and social media influencer, Aisha Yesufu has recently given her verdict on who Labour Party’s presidential candidate Peter Gregory Obi is. She replied to a Twitter user who labeled the former Anambra State Governor, Peter Obi as a savior. Aisha noted that he is competent and a deserving candidate to be voted into office and would also be held accountable but he is not a ‘savior’ as he is being labeled by the supporter.

After seeing a tweet from Peter Obi supporter (OBI-dient) as they refer to themselves, Aisha Yesufu reacted to the tweet that says – “it has always been Peter Obi. He may not be a saint, but he would be our savior if we give him a chance”.

Reacting to the initial post, the human rights activist, Aisha Yesufu said Peter Obi is not a Saviour as he has been labeled. She corrected the statement made by Peter Obi supporter. She then went further to address it.

In her words – “Peter Obi is not a savior. No one is. He is a competent Presidential Candidate that should be voted into office and held accountably. He occupies the office of the President while you occupy the office of the citizen. You demand good governance while he supplies”.